Some manufacturers increased prices across their lineup, and not for the first time this year 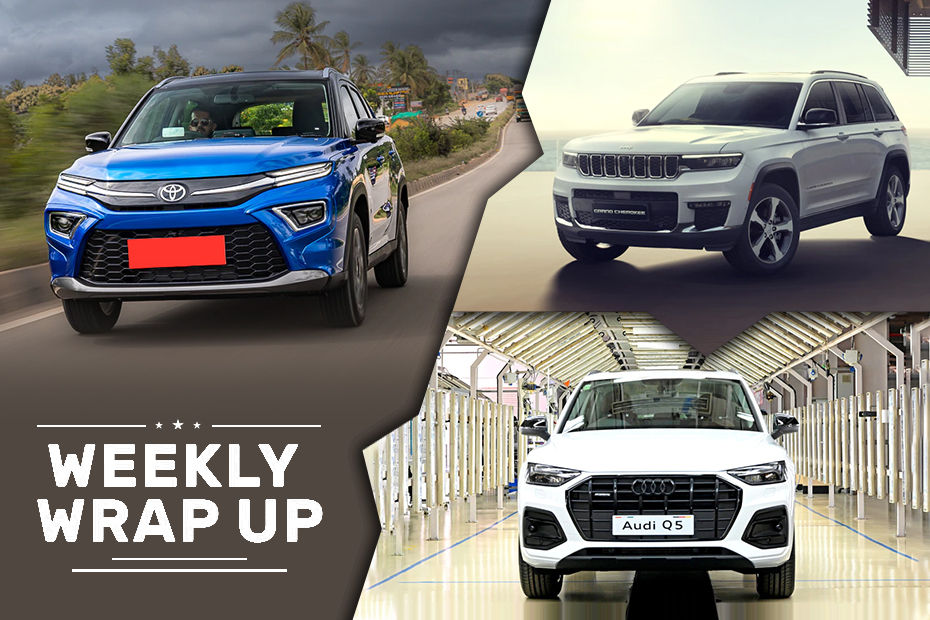 The past week was full with surprise launches, teasers, launch updates and price increases from a variety of automakers, ranging from mass market to premium segments. The Hyryder becomes India's first CNG SUV while Toyota officially discontinued its smaller sibling. Jeep has deferred the debut of its flagship Grand Cherokee and Mercedes confirms the timelines for its mid-size seven-seater SUVs. In case you missed it, these are the major events from the auto industry this week:

The Hyryder is the first SUV to be offered with a CNG powertrain in India. The Hyryder will use the 1.5-litre petrol engine that also powers the XL6 CNG. The Glanza CNG on the other hand, uses the 1.2-litre petrol engine. Bookings for both models are underway, but prices for the SUV are yet to be revealed. To know more about the prices and the variant details, head here.

While the American automaker has begun local assembly and accepting reservations for its flagship SUV, the price reveal of the same has been delayed.The Jeep Grand Cherokee will now be unveiled on November 17, 2022. Click here to learn more about the forthcoming SUV.

Tata  has raised the price of all of its ICE vehicles, while Skoda has increased the prices of the Kushaq and Slavia. Meanwhile, Jeep has inflated the cost of its Compass SUV and out of its previous price category.

The Indian carmaker made more headlines with two new teasers across its social platforms. The first was for a new edition of the Harrier while the second was less subtle, confirming the imminent launch of the CNG option for the Tiago NRG. In regards to the new Harrier variant, it is expected to be based on the Safari’s Adventure Persona trim with cosmetic differentiators and maybe some added features.

Skoda India Aims To Keep The Momentum Going In 2023

Skoda's recent success in India is primarily due to the Kushaq and Slavia. These highly localised compact offerings are also being exported to other markets. The Czech carmaker recently confirmed that both Kushaq and Slavia will be getting minor updates for 2023, some might be purely cosmetic and some could be for meeting upcoming regulations.

The Urban Cruiser, which was based on the old  Maruti Vitara Brezza, has been officially discontinued. It is unlikely to get an update and thus marks Toyota’s exit from the subcompact SUV space.

The interiors of the upcoming Hycross MPV were recently spied, the test mule still in its camo-wrap. It revealed an all-black interior with a floating touchscreen infotainment system mounted on the dashboard. More information is available here.

Audi has introduced a special edition of its Q5 SUV based on the top-spec Technology variant. It gets special cosmetic distinctions such as two exclusive paint options and Audi's black style package, which includes blacked-out roof rails and logo, as well as new five-spoke graphite gray alloy wheels.

The German automaker has confirmed that its EQB and GLB midsize luxury SUVs will be arriving in India on December 2. They provide a distinct value proposition in their markets by being three-row mid-size SUVs, the EQB electric SUV offering a range of over 400km. Click here to learn more about the upcoming models.

Audi has given its e-tron electric SUV a mid-life facelift and added the prefix 'Q8' to its name, signaling its position in the lineup as one of Audi's flagship SUVs. The Q8 e-tron is expected to arrive in mid 2023.