With the facelift, the e-tron’s higher-specced 55 trim gets a larger battery with a WLTP-claimed range of up to 600km 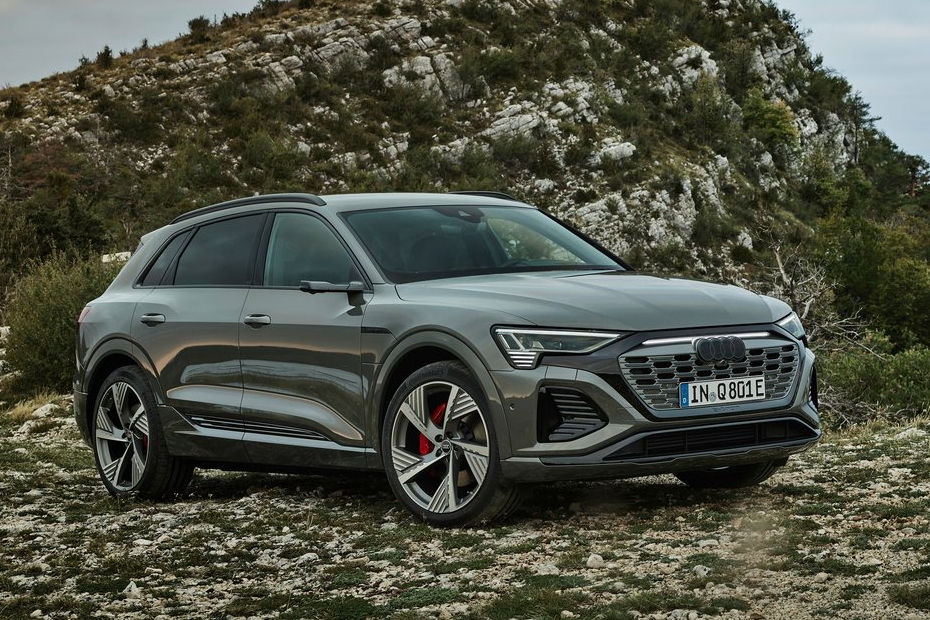 Audi’s journey of electrification began in 2018 with the introduction of the e-tron electric SUV (which came to India in 2021) along with a Sportback version that had the coupe-SUV styling. Now, the carmaker has given the e-tron SUVs a mid-life facelift and added the ‘Q8’ prefix to clearly state its position in Audi’s lineup.

Potency Of Electric Power And Its Range

In the international markets, the Q8 e-tron will be offered in three trims: e-tron 50, e-tron 55 and e-tron S. The battery capacities have increased along with other technical improvements and the range for each trim of the Audi electric SUV has expanded as well.

Check out the technical data of the Q8 e-tron:

The maximum range figures stated above are for the Sportback variants. It is worth noting that the slippery shape of the Sportback always promises slightly more range than the regular e-tron SUV (a difference of only 10-20km).

With the refresh, the Audi EV now gets an updated grille along with an LED strip that connects both the LED headlights. The carmaker has also redesigned the fake air vents, while the only revision on the sides is the inclusion of the ‘Audi’ badge on the B-pillar. At the back, it still features the same connected LED taillights as the outgoing model.

A Stylish And Feature-loaded Cabin

As a flagship luxury offering, these Q8 e-tron SUVs do have a plush cabin, but Audi has also made use of recycled plastic materials in the cabin for extra sustainability. The highlight though is the tri-screen setup like the outgoing model consisting of the 12.3-inch digital driver’s display, a 10.1-inch infotainment unit and an 8.6-inch touchscreen below the main infotainment screen. The screens in the central console replace nearly all physical controls.

When Can You Expect It Here And For How Much?

We expect the carmaker to bring the facelifted e-tron SUV to India by mid-2023. As it will continue to be a CBU offering, its prices are likely to go up over the current model, which retails from Rs 1.02 crore to Rs 1.20 crore (ex-showroom Delhi). The Audi Q8 e-tron will go up against the Mercedes-Benz EQC, BMW iX and Jaguar I-Pace.