In a busy week, the industry was also struck by the sudden loss of Vikram Kirloskar, Vice Chairman of Toyota Kirloskar Motor 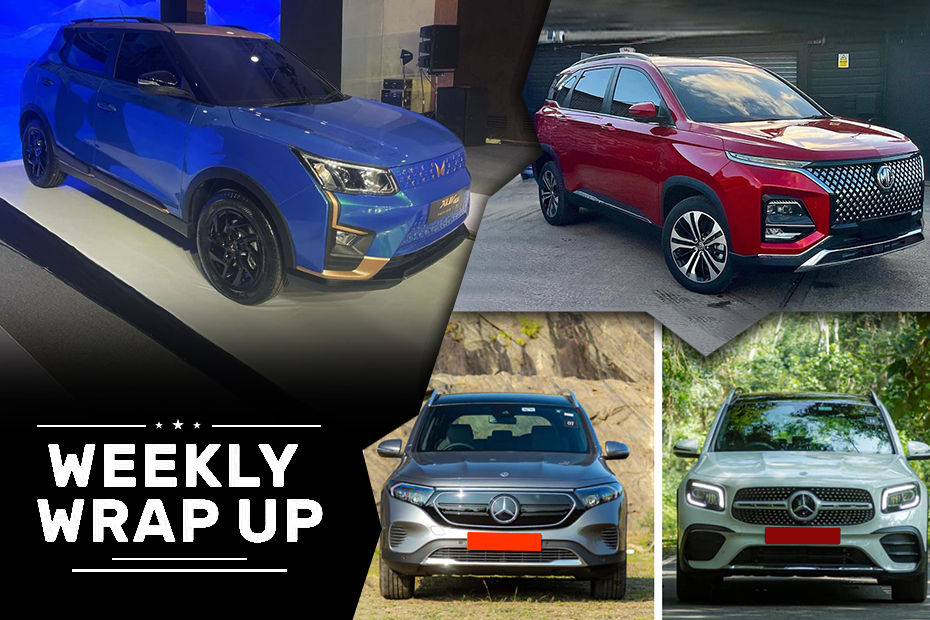 The last week of November was filled with reports about various test mules from a range of manufacturers being spotted, while the big revelation was the MG Hector’s facelifted design.

Also, on the news were Mercedes-Benz's two new seven-seater SUVs, Mahindra's one-of-one XUV400 EV, and much more. In this week's brief wrap-up, we've highlighted the most essential highlights:

The sudden loss of Vikram Kirloskar has shocked the industry and many well-known figures have expressed their condolences. He has had a significant impact on Toyota's future in India. The cause of his death is believed to be cardiac arrest.

This is the Rimzim Dadu X Bose version of Mahindra's new electric SUV, which differs significantly from the ordinary XUV400. It is a one-of-a-kind product in India, created in partnership with the fashion designer Rimzim Dadu and Mahindra’s chief design officer Pratap Bose.

Only Entry-level Trims Of Innova Crysta To Be Available

While it has been reported that the Innova Crysta will return, more so in diesel form, it has also been speculated that only the base trims of the MPV will be available for the foreseeable future. The current generation Innova will be made available to both private and fleet clients.

The design of the facelifted MG Hector, which has now been fully revealed, was the prominent info leak of the week. It has notable exterior design changes, as well as a completely overhauled interior layout. The new 2022 MG Hector is expected to be officially unveiled on December 20, 2022.

Following the Skoda Kushaq and Volkswagen Taigun, the Volkswagen Virtus also received a five-star safety rating, not from Global NCAP though, as it was Latin NCAP which gave the result. The sedan's bodyshell was assessed as stable, with scores of more than 90 per cent for both adult and child safety.

Mahindra is recalling its recently launched Scorpio N and XUV700 SUVs due to a faulty rubber bellow in the SUVs' manual transmission’s bell housing. The units under consideration for recall were manufactured between specific dates.

The company has removed the Alturas G4 SUV from its website, implying that the vehicle is no longer available for purchase. The Alturas was only available with a 2WD option before it met its end.

Some of the sightings of test mules suggest that Hyundai may release new facelifts soon. These include the new 2023 Grand i10, the hatchback currently being tested in India and expected to be released in early 2023, as well as the new Hyundai Verna, which was recently spotted again with a new design element at the rear. The third Hyundai model seen camouflaged was the i20 facelift, which is currently being tested in Korea.

Mercedes launched its latest seven-seater SUV twins, the GLB and EQB, in India. The GLB is sold in three trims, while its electric equivalent, EQB, is only offered in a single variant. Both SUVs are brought to India as completely built-up units (CBU).

The carmaker has commenced the bookings for its soon-to-be launched electric SUV, the Ioniq 5. It can be reserved now, and deliveries are expected to begin by early 2023. It will be the second EV from Hyundai in India, after the Kona Electric.

The supercar manufacturer has shown the new rally focused Huracan which features numerous cosmetic and technical tweaks to suit diverse road conditions. This story goes into detail on the new Huracan Sterrato.