Mercedes-Benz Expands Its Indian Lineup With GLB and EQB SUVs

The GLB three-row SUV arrives with the choice of petrol and diesel engines, while the EQB is an all-electric model 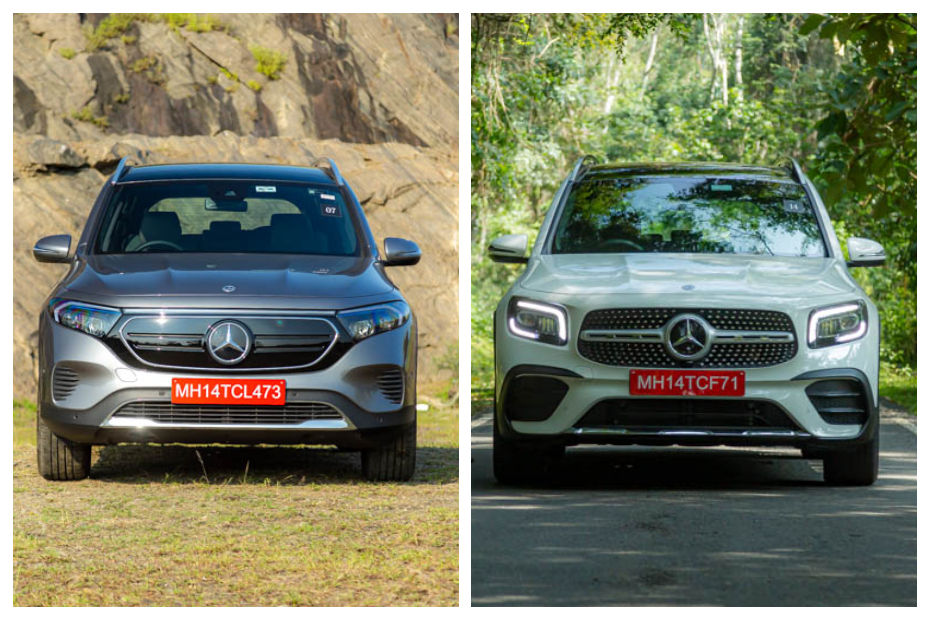 Mercedes-Benz has launched the much-awaited GLB along with its electric version, the EQB, in India. Both mid-size luxury SUVs offer a seven-seater layout and while this is not rare for ICE models, the EQB is the first of its kind in India.

What Are They Powered By?

The GLB SUV gets both petrol and diesel engine options. Its ‘200’ variant gets a 1.3-litre petrol engine and the 220d variants are powered by a 2-litre diesel unit. The diesel one also gets the choice of AWD in its top trim.

The EQB is the carmaker’s first electric seven-seater SUV with a 66.5kWh battery pack and a dual motor setup offering a WLTP-claimed range of 423km. The electric SUV’s battery can be juiced up from empty to 80 per cent in 32 minutes with a charging capacity of up to 100kW.

The output and performance figures of both these SUVs are mentioned in the table below.

Both SUVs are over 4.6 metres long with small differences in proportions between them. They look identical except for the EV-specific touches on the EQB. Both have distinctive rear end styling as well, with the EQB getting Mercedes’ most modern design language. The midsize SUVs have a muscular look overall.

The GLB can be considered a rival to the Audi Q5 and the BMW X3 while the EQB has no direct rival in the country.