Facelifted Hyundai i20 In The Works, Recently Spotted In Korea 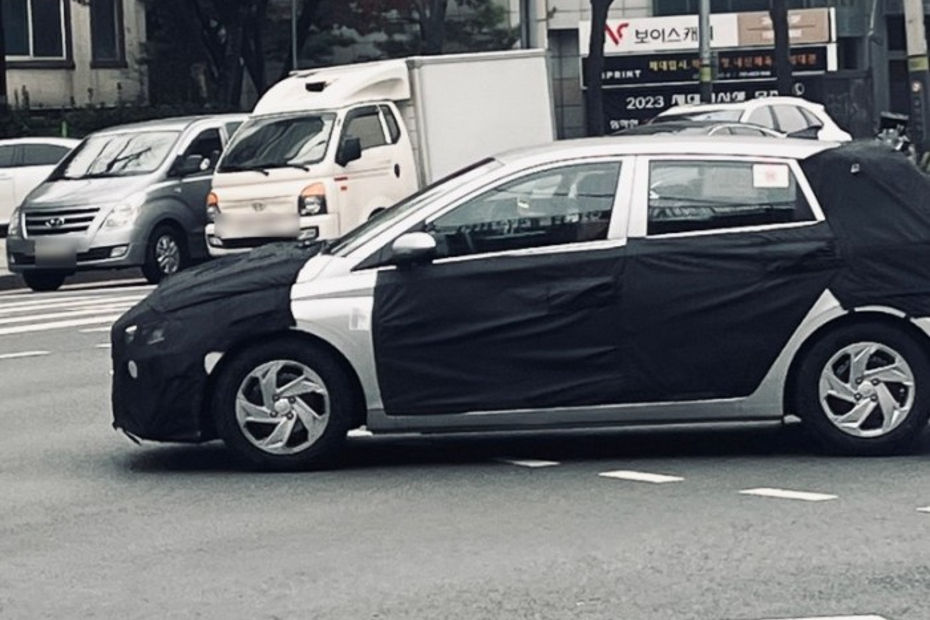 Only two years after the current generation of Hyundai's premium hatchback was introduced, it is due to get a minor makeover in 2024. The latest spy shots show a lower-variant test mule covered in camouflage, but still hints at potential design tweaks.

As a facelift, the overall shape of the i20 seems unchanged. Based on the picture of the front-end, the car may get modest changes such as refreshed headlights and bumper. The grille also appears to have a new mesh pattern, but that can be market-specific.

From the side, the premium hatchback revealed wheel covers fitted on steel rims, implying that the lower trims of the redesigned i20 will have the same. Also, the C-pillar section appears to have been altered, since it is concealed.

Around the back, the updated premium hatchback could receive all-LED taillamps and a new bumper. Because the test mule appears to be a lower variant, it lacks a rear wiper.

Minimal changes expected to the cabin

The interior of the facelifted hatchback is yet to be seen but the 2023 i20 may include some new equipment. At present, the i20 in India features a 10.25-inch touchscreen infotainment system with Apple CarPlay and Android Auto, a digital driver's display, an air purifier, connected car tech, auto LED headlights, and a sunroof.

Also Read: These Are The 5 Most Feature-Rich CNG Cars In India

Changes to the powertrains

Hyundai is unlikely to make significant mechanical changes as part of the facelift. It is expected to carry forward its petrol engines but the diesel option may get discontinued in India with the emission norms set to get stricter in the near future. The details of the current i20 engines are mentioned below:

Hyundai could also consider introducing the mild-hybrid petrol powertrain in India with the facelift which is already available with the i20 in other markets.

Currently, the Hyundai i20 is retailed between Rs 7.07 lakh and 11.62 lakh (ex-showroom, Delhi). The facelifted model could be unveiled globally in the second half of 2023, and will be launched in early 2024. It would continue to rival the likes of the Maruti Baleno, Toyota Glanza, Honda Jazz and Tata Altroz.

Read More on : Hyundai i20 Automatic

Hyundai UK offers a mild hybrid CVT for the i20. Which we got this drivetrain too.

Hyundai UK offers a mild hybrid CVT for the i20. Which we got this drivetrain too.