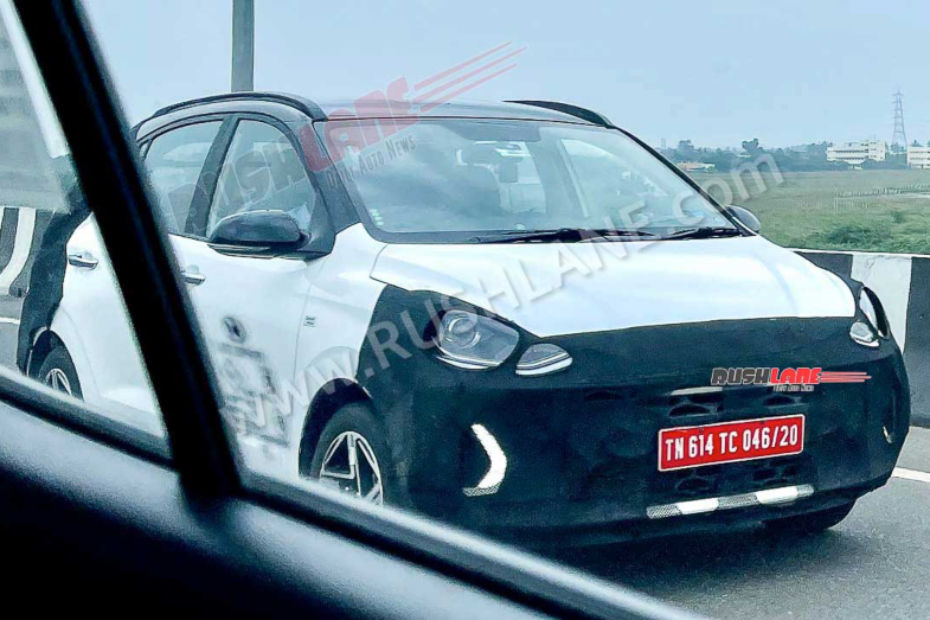 Hyundai has started testing the Grand i10 Nios facelift in India and here’s the first spy shot. The top and base-spec models have been spied on and they were partly camouflaged, giving us an idea of the changes the hatch could get. The Nios was launched back in 2019 and it is about time it received a midlife update.

Looking at the top-end model, it gets repositioned and larger boomerang LED DRLs. The grille has been redesigned, carrying a mesh type design. The projector headlamps are carried forward from the outgoing version but the Nios could get LED lighting with the update.

The side profile looks unchanged save for new alloy wheels and wheel covers for the base variant. The rear profile is heavily camouflaged, but the tail lamp also appears to be redesigned and could get LED light guides. The changes won’t be too significant, but would offer the hatchback a fresh appeal.

Also Read: You Can Get These 7 Used Premium Cars Under Rs 7 Lakh!

We’re expecting the Grand i10 Nios facelift to get some revisions inside as well, possibly along the lines of a new upholstery and interior theme. In terms of features, it could get some minor additions like cruise control and an updated infotainment system. The hatchback’s already equipped with an eight-inch touchscreen system, Android Auto and Apple CarPlay, auto AC, wireless phone charging, dual front airbags, and a rear parking camera.

The facelifted model is unlikely to get any mechanical changes. It should continue with its 83PS 1.2-litre petrol and 100PS 1-litre turbo-petrol engines, along with the CNG option for the former. The manual and AMT transmissions will also be retained here. The diesel engine won’t be available as it was discontinued some months back.

We’re expecting the 2023 Hyundai Grand i10 Nios to carry a premium over the 2022 model’s price range that sits between Rs 5.43 lakh and Rs 8.45 lakh (ex-showroom Delhi). It rivals the Maruti Swift and serves as an alternative to the similarly priced Renault Triber MPV.