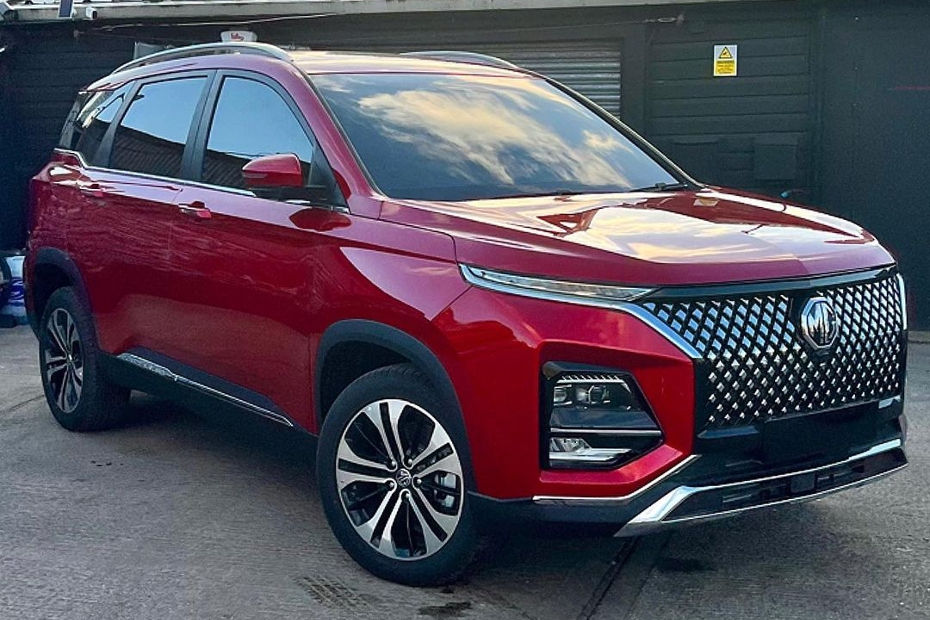 The facelifted MG Hector has been completely leaked ahead of its expected December unveiling in India. The new leaked images show its exterior design changes in detail.

Up front, the updated Hector will get a new chrome diamond-studded grille, a tweaked front bumper, chrome headlamp surround and sleeker headlamps. The side profile looks unchanged, carrying forward the same alloy wheels. At the back, the facelift continues with connected LED tail lamps but the middle part could now be illuminated.

Also Read: 5 SUVs That Will Break Cover Before 2022 Ends

Bordering the taillights, there’s a new chrome strip which also houses the MG logo and runs across the width of the vehicle. The boot lid design has also been revamped and it now carries the ‘Hector’ inscription in chrome. Lastly, the redesigned rear bumper is now more muscular and gets new faux dual exhausts.

The facelifted Hector should continue with the existing 1.5-litre turbo-petrol (also offered with mild-hybrid assist) and 2-litre diesel engine choices, paired with a manual gearbox, while the former also gets a CVT. The diesel engine is unlikely to gain an optional automatic transmission this time as well.

We’re expecting the Hector to be unveiled on December 20. It will be sold alongside the existing model and could possibly be positioned as the new top-end variant. The updated SUV will demand a premium over its current price range of Rs 14.43 lakh to Rs 20.36 lakh (ex-showroom Delhi).