Exclusive: Toyota Innova Crysta To Be Only Available With Diesel Engine; V & Z Variants To Be Axed 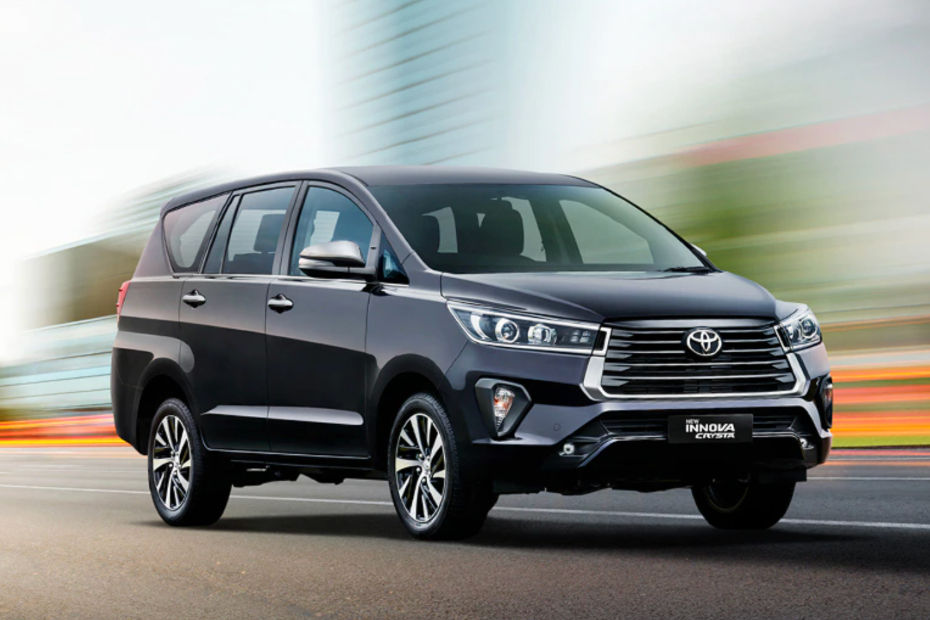 The next-generation Toyota Innova has been revealed in the country with the ‘Hycross’ suffix, while the existing Crysta will remain on sale alongside. The Crysta isn’t on sale currently, but we can now confirm exclusively that it will be relaunched, but only in a diesel and stripped out avatar.

To Be Available In Entry-level Variants Only

The Crysta was offered in four variants – G, GX, V and Z – out of which, we’re expecting only the entry-level variants to be on sale. It will be available for both private as well as fleet buyers. A similar scenario is seen with the fourth and fifth-generation Honda City and the Mahindra Scorpio N and Classic, wherein the new and old models coexist and only limited variants of the older model are available.

No Petrol, Only Diesel

The Crysta was available with 166PS 2.7-litre petrol and 150PS 2.4-litre diesel engine choices, of which the latter will only make a comeback. Both engines were paired with five-speed manual and six-speed automatic transmissions, but we’re only expecting the diesel-manual combination to be on sale.

The base variants of the Innova Crysta petrol cost between Rs 18.09 lakh and Rs 19.07 lakh. The last recorded price of the diesel variants were from Rs 19.13 lakh to Rs 21.92 lakh (ex-showroom). We’re expecting the prices of the Crysta diesel to be revised.

A More Premium Experience With The Innova Hycross

Buyers wanting a more feature-rich and premium version of the Innova can opt for the Hycross. It gets a 2-litre petrol engine with the option of strong-hybrid assist and a claimed fuel efficiency figure of 21.1kmpl.

Features on board include a panoramic sunroof, a 10-inch touchscreen system, dual zone climate control, ventilated front seats and ADAS (advanced driver-assistance systems). The Hycross is expected to be priced from around Rs 20 lakh (ex-showroom).

A barebone Crysta for under 14 lakhs would make a lot more sense.

A barebone Crysta for under 14 lakhs would make a lot more sense.