This week saw some of the most significant debuts and launches, including those from Toyota, Tata and Maruti 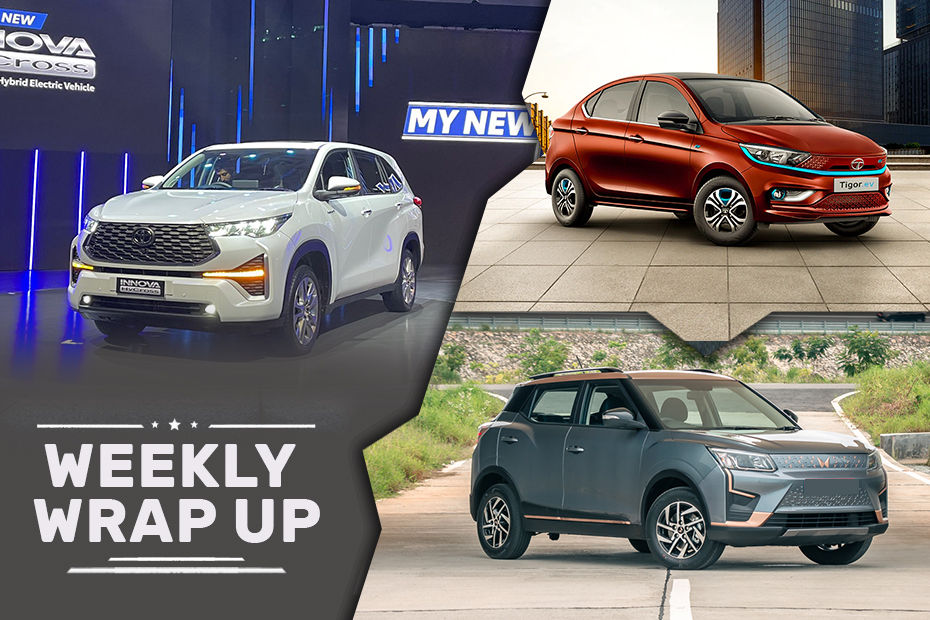 The past week witnessed the most-awaited debut of the new-generation version of Toyota's popular MPV, and launches from Maruti and Tata. That isn't all; we also have some interesting factoids from the most recent spy shot reports, which hint at several specifics about upcoming SUVs. Let's go through some of this week's major highlights.

Shortly after its introduction in Indonesia, the third-generation Innova made its Indian debut on Indian soil with the 'Hycross' suffix . While the prices for the MPV are likely to be disclosed at the 2023 Auto Expo, its bookings are currently open for half a lakh rupees. If you are someone who loved the Innova’s diesel version, there’s some relief for you as well. We've also compared the new Innova Hycross with its predecessor bearing the ‘Crysta’ suffix, and we've detailed the new MPV in photos too.

While unveiling the XUV400 EV in September 2022, Mahindra had shared almost all the details, from the EV’s battery pack to creature comforts, that you would want to know. That meant only two important pieces of the puzzle were unknown: variants and prices. Well, if an online document is anything to go by, we might have come across the variants that the Mahindra EV could be offered in.

Back in September 2022, Tata launched the Tiago EV with two battery pack options and up to 315km of range. Following this, the carmaker recently rolled out an update for the Tigor EV, which now gives it the same range as its hatchback counterpart. Not only that, the electric sedan now also gets a new top trim and some more features.

Pravaig Electric, a Bengaluru-based startup, has launched its first electric SUV called 'Defy.' Bookings for the SUV are now open, while deliveries will begin in late 2023. The Pravaig Defy has a range of over 500km and comes loaded with multiple premium features for its price.

If there was one particular model in dire need of an update in Maruti's lineup it was the Eeco. The carmaker has introduced a new version of its basic people mover by giving it a powertrain and features update, making all variants of the Eeco pricier by Rs 50,000.

Maruti has been long-known for offering a CNG option only on the lower-spec trims of most of its models. That changed with the introduction of the CNG option on multiple models including the Swift and Baleno. Now, the latter’s CNG lineup could soon get a new, well equipped member, which will be a first for a Maruti CNG car.

The inside of Maruti's five-door off-roader, the Jimny, has been spotted when the SUV was being tested. While it will borrow a majority of its design cues from the three-door version, it is believed to get one interesting feature from latest Maruti cars like the Baleno and Brezza.

The facelifted MG Hector has been spotted sans camouflage for the first time. The latest spy image reveals the complete front fascia of the SUV, which now gets a completely redesigned front grille and bumper.

The Urus Performante has arrived in India with a more powerful engine and sportier design. It now goes from nought to 100kmph in under 3.5 seconds while offering an all-wheel drivetrain.