Has a similar dashboard layout as the three-door Jimny, but could come with the new nine-inch infotainment unit 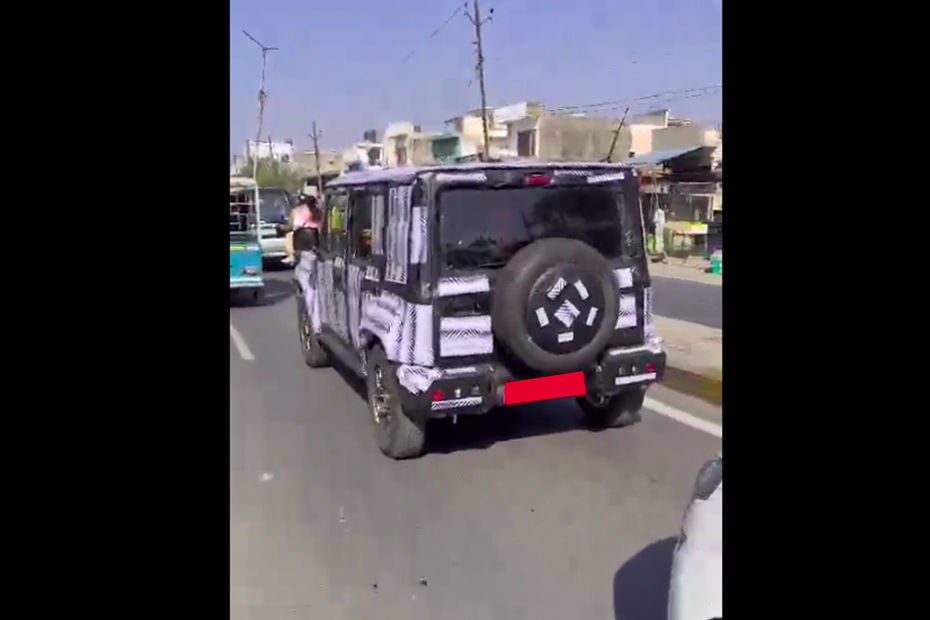 The five-door Maruti Suzuki Jimny has been spied on umpteen times both internationally and in India. This latest spy video shows the interior of the India-spec SUV for the first time.

What Can Be Seen?

We notice the same dashboard layout as the three-door model sold in international markets. It’s likely to retain the analogue dials in the instrument cluster and the circular AC knobs on both sides. You can also notice the Baleno-like steering wheel on the off-roader. While it is unclear which infotainment unit is fitted to the spied model, it could be offered with both seven-inch and nine-inch touchscreen displays.

Other Equipment Expected On Board

Maruti is also expected to provide the five-door Jimny with cruise control, automatic climate control and steering-mounted controls. Its safety net is expected to consist of up to six airbags, electronic stability control (ESC) and a 360-degree camera.

Also Read: Jeep Wrangler-derived 6x6 Truck Spotted In India, Looks Like Something Out Of Mad Max

The five-door Jimny is likely to get the same 1.5-litre Dual Jet petrol engine (delivering 103PS and 137Nm) with mild-hybrid tech like the new Grand Vitara and Brezza. While four-wheel drive (4WD) is expected, a front-wheel drive version could be offered. The SUV should get two transmission options: a five-speed manual and six-speed torque converter automatic. The five-door Jimny might also be offered with a 140PS, 1.4-litre, BoosterJet turbo-petrol engine.

Could Possibly Get A New Name

We believe Maruti could launch the five-door Jimny with the ‘Gypsy’ name tag in India. The carmaker is expected to officially debut the off-roader at the upcoming 2023 Auto Expo and launch it soon after with a starting price of around Rs 10 lakh (ex-showroom). It will rival the upcoming five-door iterations of the Mahindra Thar and Force Gurkha.