Car News That Mattered This Week (Jan 16-20): New Launches And Unveils, Recalls And Updates, And More

In the past week, we got a new electric SUV, two carmakers announced recalls for some of their models while prices were slashed off a popular EV 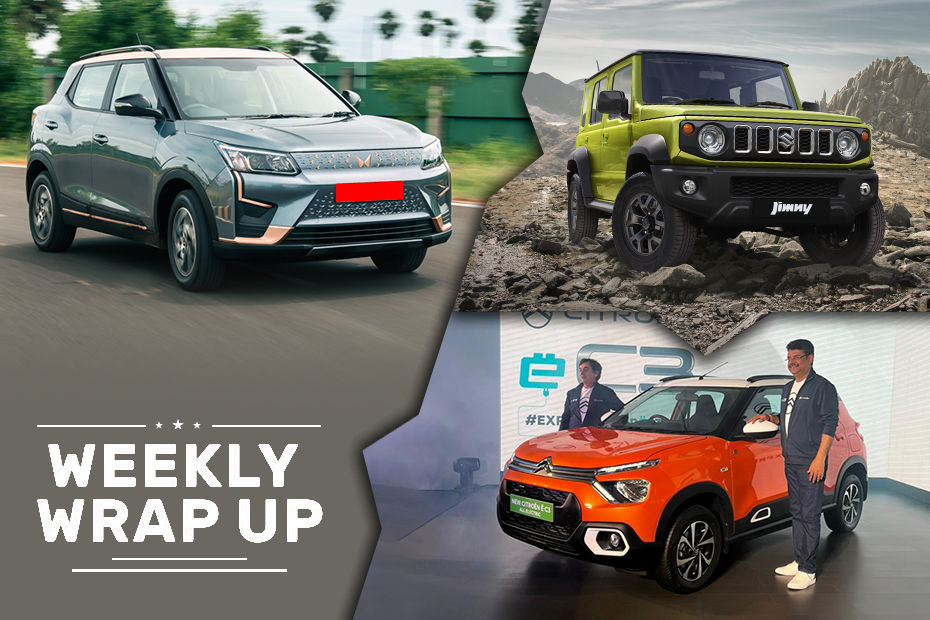 The past week was filled with new launches such as the Mahindra XUV400 EV and facelifted Hyundai Grand i10 Nios. In the same period, we even got to see the first Citroen EV for our market, the eC3, in its entirety. There were also some models that were recalled while one popular EV got big price cuts.

Let’s have look at some important highlights of the week

Mahindra has finally announced the prices of the XUV400 EV, and it offers a range of up to 456km, depending on the battery pack you choose. Though it is based on the XUV300, its EV iteration is longer than the internal combustion engine (ICE) version of the SUV. Its reservations can be made from January 26, with deliveries slated to start from March this year.

The eC3, an all-electric version of the C3 hatchback, has been unveiled in India ahead of its launch in February. It gets a 29.2kWh battery pack which can deliver up to 320km (ARAI claimed). The eC3 is Citroen’s first EV in India and is based on a highly localised version of the global modular CMP platform.

Hyundai has launched the facelifted Grand i10 Nios. It gets a new design, along with more features and quality safety upgrades. With the midlife refresh, the facelifted hatchback is only available with a petrol engine along with a CNG option. Of course, all the updates come at a premium over the pre-facelift model.

The five-door Jimny, since its debut at the 2023 Auto Expo, has become an instant favourite among customers, and it has got more than 5,000 bookings in less than a week. Maruti’s offroad SUV is offered with a 4WD drivetrain and a low-range transfer case as standard. It will be available in two trims and its prices are expected to be out by March.

Maruti and Toyota Issued Another Recall

Maruti has recalled over 17,000 units of Alto K10, S-Presso, Eeco, Brezza, Baleno and Grand Vitara for a suspected fault in the airbag control module, which may lead to the non-deployment of airbags during a crash. Also, Toyota had to recall around 1,400 units of Hyryder and Glanza vehicles due to the same defect.

Tata has introduced a new entry-level trim of the Nexon EV Max, while also bumping up the electric SUV’s claimed range from 437km to up to 453km. Along with this, both EV Prime and EV Max have also received big price cuts, which coincidently happened just after the launch of its arch-rival, the Mahindra XUV400 EV.

BMW has launched the facelifted X7 luxury SUV in India, which is offered in only two M Sport trims only. It gets a fresh new look inside and out, and now features BMW’s latest curved display setup. The facelifted SUV comes with a pair of 3-litre twin-turbo petrol and diesel engines paired with an eight-speed automatic transmission and an all-wheel drivetrain.