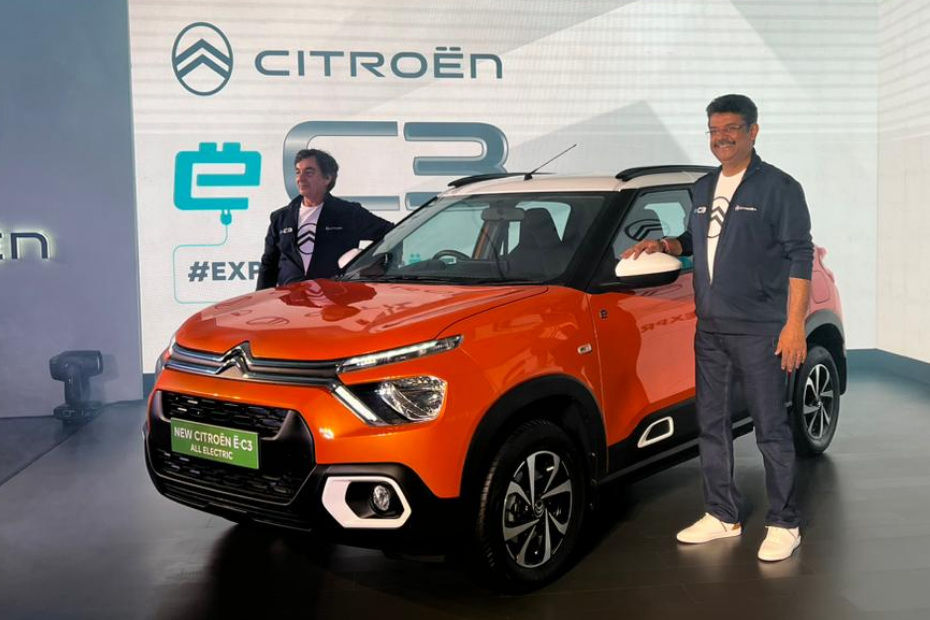 The India-centric Citroen eC3 has been officially revealed ahead of its launch in February 2023, with bookings to open on January 22. It features a 29.2kWh battery pack for a claimed ARAI-rated range of up to 320km.

The eC3’s electric motor is rated for an output of 57PS and 143Nm. Claiming a zero to 60kmph time of 6.8 seconds for the EV, Citroen has capped the top speed of the electric hatchback at 107kmph.

The battery pack supports DC fast-charging capable of replenishing from 10 to 80 per cent charge in 57 minutes. Using a 15A power socket would take 10.5 hours to charge from 10 to 100 per cent. The charge ports are located under a flap on the front right fender.

The eC3 gets similar features as the regular C3 such as the manual AC, digitised instrument cluster, and large 10-inch infotainment touchscreen with wireless Android Auto and Apple CarPlay.

In the centre console, the gear selector is replaced by a toggle that functions as a drive selector. The Citroen EV offers a boot space of 315 litres with the spare wheel under it, the same as the ICE model.

We expect the Citroen eC3 electric hatchback to have a starting price of Rs 8.99 lakh (ex-showroom). It will rival the Tata Tiago EV and Tigor EV.