Top 10 CarDekho Videos That You Watched The Most In 2022

With some star launches and epic reviews during the year, these are the videos that piqued our viewers’ interest the most 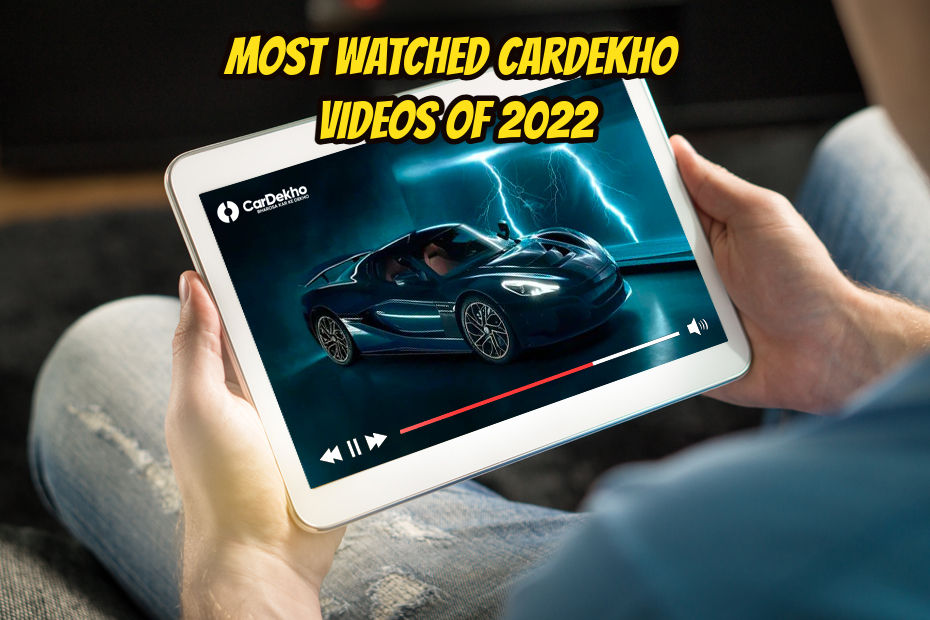 New cars in 2022 offered a wide variety of choices in terms of shapes and powertrain technologies, from the the introduction of Tata’s CNG variants to mass-market strong hybrids from Honda, Maruti and Toyota. Given the multitude of content we put together for you, there’s a chance you might have missed a video or few.

Let’s take a look at the most watched CarDekho videos on YouTube in 2022:

Probably the most anticipated new car of 2022 was the new-generation Mahindra Scorpio, which debuted as the ‘Scorpio N’. We got the new name and a first look at its more upmarket exterior in May 2022. The question on everyone’s mind was when can they buy it, and that’s what we answered with this video while also offering more details about the Scorpio N.

Skoda brought the Slavia in early 2022 as the replacement for its ageing compact sedan, the Rapid. The Slavia is offered in three broad trims: Active, Ambition and Style. With its introductory prices starting from Rs 10.70 lakh, the sedan’s base-spec Active trim managed to pique the interest of buyers as it covers all the basics by including a decent safety net, electrically adjustable ORVMs, a height-adjustable driver’s seat, and even a touchscreen system. It, however, is only offered with the entry-level 1-litre turbo-petrol unit and a MT gearbox. Check out our video to know more about the Slavia’s Active trim.

The mass-market MPV segment in India saw a new player make its way in 2022 with the launch of the Kia Carens. Kia’s decision to offer it at an introductory launch price of Rs 8.99 lakh got the MPV in close quarters with Renault’s sub-4m crossover MPV, the Triber. Although not direct rivals given the difference in size, engines and features, the entry-level trim of the Carens (Premium) was priced close to that of the top-spec trim of the Triber (RXZ) at the time of launch. However, that price gap has now gone up to Rs 1.5 lakh. If you are still confused between which of the variants of the MPVs to pick, do watch the video to find our take on it.

Also See: 10 Upcoming Cars That Were Spied For the First Time In 2022

The Kia Carens, sharing some of its underpinnings with the three-row Hyundai Alcazar, arrived in early 2022. Although the former is an MPV the latter falls under the SUV category. Given the similarities between the two cars, it was obvious to put them up against each other to see which comes out on top in terms of their looks, features, powertrains and prices. For an in-depth understanding, we suggest you give our detailed comparison a look.

Ever since Toyota came out with the Fortuner SUV in India, it’s found strong admiration among buyers and SUV enthusiasts alike. A similar fanbase has survived over the years for Mahindra’s popular ‘Scorpio’ nameplate. With the latter taking on a more premium avatar and as a more capable and pricier SUV, it only made sense to check how it stacks up against Toyota’s stalwart from the full-size SUV segment. This quick three minute video should help you catch up on all the information of the two off-road-capable SUVs with very different price ranges.

While the original S-Cross has now been put to bed after a less than successful sales record, many of you were excited for it to get a successor with premium looks and more tech. The S-Cross for European markets debuted towards the end of 2021 and we knew a new Maruti compact SUV was in the works, leading us to believe this might be it. Although it didn’t come to our shores and was filled in with the new Grand Vitara instead, it does have a few feature differences compared to the latter as discussed in our video.

Also Read: 7 Features That Debuted On These Brands In 2022

7. Tata Punch vs Nexon vs Altroz: Which Tata Car To Buy?

Punch, Nexon and Altroz: three different cars and three different body styles. While the Altroz is a hatchback the Nexon is a sub-4m SUV. The Punch takes the middleground and is stuck somewhere between the two, trying to offer the best of both worlds. All three have a common price point at around the Rs 9.5 lakh-mark. So which Tata car should you consider for that budget? Play the video to know what the experts have to say.

In 2021, Skoda launched its first product based on the new MQB-A0-IN platform, the Kushaq, its debut model in the compact SUV space. Come 2022, we got the Slavia, which shares its underpinnings with the compact SUV. Apart from the common platform, both also share their powertrains and features list. That said, given their body styles, both are different when it comes to the in-cabin experience. If you are someone who’s on the fence between the two Skoda cars, hit up the video to help you finalise your purchase.

The Hyundai Creta has been the segment leader in the compact SUV space ever since it first came out in 2015. The second-gen model, which went on sale in 2020, has upped the game even further. Skoda finally entered the fray in 2021 with the Kushaq, which has also impressed us on many fronts. Then there’s the tech-laded entry from MG called the Astor. In 2022, we managed to pit the newer MG Astor against the two stalwarts to see which model is the most practical SUV of the lot. Time to find out.

Throughout 2022, Kia has made significant upgrades to the Seltos including colour palette revisions and addition or deletion of some specific trim and variants. While April 2022 saw Kia introduce four airbags as standard on the Seltos, the compact SUV gained two more airbags right from the base trim starting from August. All the updates can be tough to track, making it confusing for you to pick the right variant. Fret not, our Variants Explained video should be just what you need.

Although these are the videos which you showered tremendous love on, we have worked all year long to put up many more such interesting and informative videos for you to watch, share and revisit when you’re making that new-car decision. Head over to our YouTube channel to find all the videos and YouTube Shorts on your preferred car and let us know in the comments what kind of videos you would like to see more of in 2023.