The Maruti Ciaz facelift will get subtle aesthetic updates, new engine and a bunch of additional features

Maruti is set to unveil the 2018 Ciaz facelift on 20 August, 2018. Although the sedan is yet to be unveiled, a majority of its specifications are already known to us, including its engine details. Here are the five important things you need to know about the facelifted sedan. 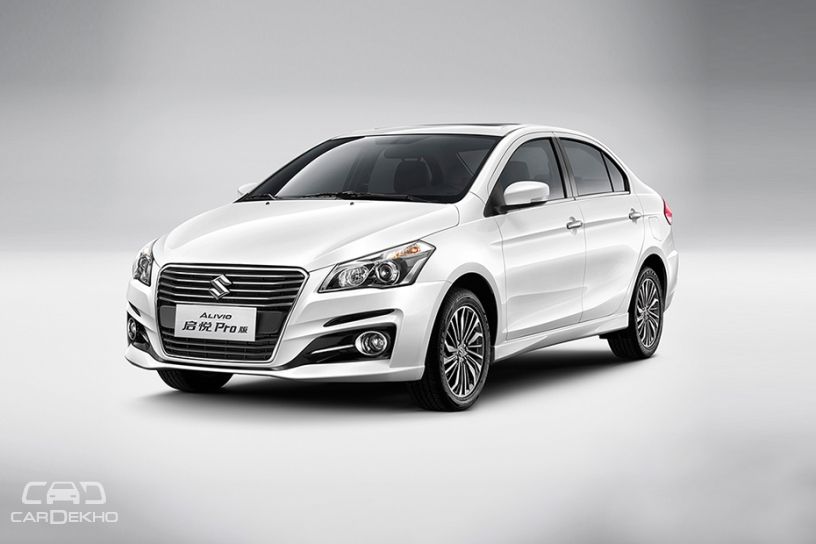 It was believed that the India-spec Ciaz facelift will be similar to the Chinese-spec model. However, the refreshed version of the sedan for India will look noticeably different from its Chinese counterpart, especially at the front. While the Alivio (Chinese-spec Ciaz) features a larger trapezoidal grille with chrome slats, the Ciaz facelift gets a sleeker grille with a mesh pattern.

However, both versions look quite similar from the rear. Like the Alivio, the India-spec Ciaz facelift also features updated tail lamps with LED elements. In the Alivio, the rear bumper gets a dual tone treatment, while the 2018 Ciaz’s rear bumper looks similar to the outgoing model, save for the new chrome inserts around the reflector housing.

No diesel engine at launch

The Ciaz facelift will not be available with a diesel engine at launch. The diesel-powered Ciaz is expected to be launched by Diwali 2018 and will not feature any mechanical changes.. It will continue to be powered by the same 1.3-litre DDiS 200 diesel engine that generates 90PS/200Nm, mated a 5-speed manual transmission.

Although the exact reason for not offering the diesel engine at launch is not known, it is likely that Maruti wants all the attention to be focused on the petrol-powered 2018 Ciaz, which gets a new engine. The other reason could be the dip in sales figures of diesel sedans. The Ciaz once enjoyed a 60:40 petrol:diesel sales ratio but it dropped to 80:20 last year when the government rolled back the duty concession on hybrids and the prices of the diesel-powered Ciaz went up.

Thanks to SHVS, the new Ciaz will also be more frugal despite being more powerful than the outgoing model. It will have a claimed mileage of 21.56kmpl and 20.28kmpl for MT and AT, respectively. The pre-facelift petrol Ciaz, on the other hand, returns 20.73kmpl for MT and 19.12kmpl for AT.

The outgoing Ciaz gets dual front airbags, ABS with EBD and Isofix child seat anchors as standard across the range. The facelifted Ciaz will get additional equipment such as electronic stability program (ESP), traction control and hill launch assist as standard along with the aforementioned safety features. These new features will make the Ciaz one of the better-equipped cars in its class in terms of safety. The 2018 Ciaz will, however, not get curtain and side airbags, which are already being offered by its arch rivals - the Honda City, Hyundai Verna and the Toyota Yaris.

Prices of the outgoing Ciaz start from Rs 7.83 lakh and go up to Rs 10.6 lakh (ex-showroom Delhi), making it the most affordable compact petrol-powered sedan in the country. The 2018 Ciaz, however, is likely to see a bump in prices thanks to the additional standard features and SHVS tech. This could make it more expensive (while also more feature-rich) than the base variant of the petrol-powered Verna. But given the beefed-up features list, it might still remain a competitive offering in the segment.