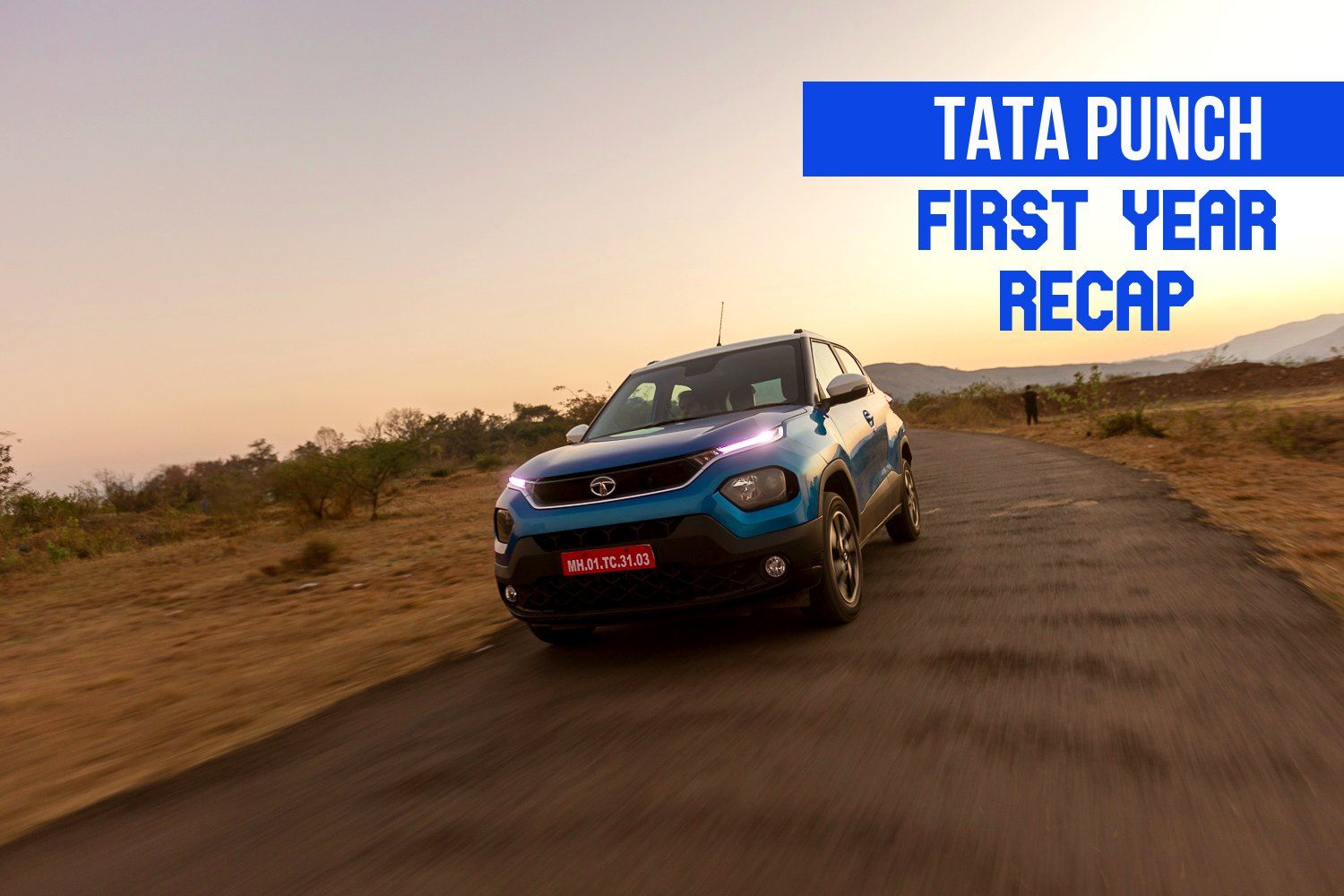 The Tata Punch, a micro SUV or a SUV-style hatchback, has been on sale for one whole year now. It is Tata’s entry-level SUV based on the HBX concept, which takes design inspiration from its siblings like the Nexon’s shape, the Harrier’s front profile and the 90-degree opening doors of the Altroz.

Its direct rival is the Mahindra KUV100 NXT, but its powertrain, features and pricing puts it against the likes of Maruti Ignis, Swift, Hyundai Grand i10 Nios, Nissan Magnite, and Renault Kiger.

Let’s go over every major update that the Punch received in the last 12 months:

The Punch has not been immune to the price hikes witnessed by the auto industry, with multiple hikes having been rolled out by Tata in this very year. Here’s how much pricier it is today compared to its introductory prices from a year ago:

The above-mentioned prices are for the manual variant of the micro SUV which sports an 86PS 1.2-litre petrol engine that is teamed to a five-speed manual transmission.

The Tata Punch’s base-spec Pure variant receives the maximum price hike here. On the other hand, the top-spec Creative variant’s prices have been slashed compared to the launch prices. Several new variants have also been added here, including the special editions.

With the same engine, customers also get the option of a five-speed AMT unit. The price changes are similar to the ones witnessed by the manual variants, with all variants getting dearer barring the top-spec Creative trim, the cost of which has since dropped.

Tata is known for introducing new variants and special editions of its most popular models and the Punch was treated no differently. It most recently got its own Camo edition, which is based on the mid-spec Adventure and Accomplished trims.

For an extra Rs 15,000 the Camo editions get cosmetic upgrades inside and out with some features borrowed from the top-spec Creative variant such as cruise control.

Exterior upgrades include a new Foliage Green shade with black/white roof, 16-inch black alloys and gloss black treatment for all the chrome bits. The cabin sports an all-black theme with camouflage seat upholstery and green finishing on the dashboard and door pads.

Prior to the Camo edition, Tata launched the Punch Kaziranga edition earlier this year. It’s based on the top-spec Creative variant, features connected car tech and commands Rs 20,000 over the corresponding petrol-manual variants. The Kaziranga edition gets a new Grassland Beige shade with a black roof, blacked alloys, and ‘rhino’ badges on the front fenders. Inside, it gets a dual-tone black and beige theme.

Well Past The 1 Lakh Sales Milestone

The Tata Punch’s popularity as a niche offering with no direct competitors is proved by its impressive sales figures each month. With an average sales of over 10,000 units a month, it was no surprise that the 1,00,000th unit of the Punch rolled off the production line within 10 months of the car’s launch.

It is currently the Indian carmaker’s second best-selling product and has played a key role in helping Tata compete with Hyundai to be the country’s second-most popular carmaker.

The Tata Punch received a five-star crash test rating as per Global NCAP’s older protocols. This made it the safest car in India for a brief period, until it was overtaken by the Mahindra XUV700 and most recently the Skoda Kushaq and VW Taigun. The Punch gets a five-star rating for adult occupant protection and four stars for child occupant safety.

Environmentally Conscious Variants In The Offing?

The Tata Punch, along with the Altroz, is expected to get the CNG option soon. The Punch shares its 86PS 1.2-litre petrol engine with the Tiago and Tigor, which are already equipped with a factory-fitted CNG option. When fed with CNG, the Tiago and Tigor deliver 73PS and 95Nm with a claimed fuel efficiency of 26.5km/kg.

A CNG option will be followed by a battery powered option, i.e., the Punch EV. Even in its pre-production concept form, Tata had confirmed that this micro-SUV was ready for electrification and it could share the same electric powertrain as the Tigor EV, thus boasting over 300km of range and fast-charging capabilities.