Is the 2018 Ciaz capable enough of taking back the top spot in its segment? Let's find out 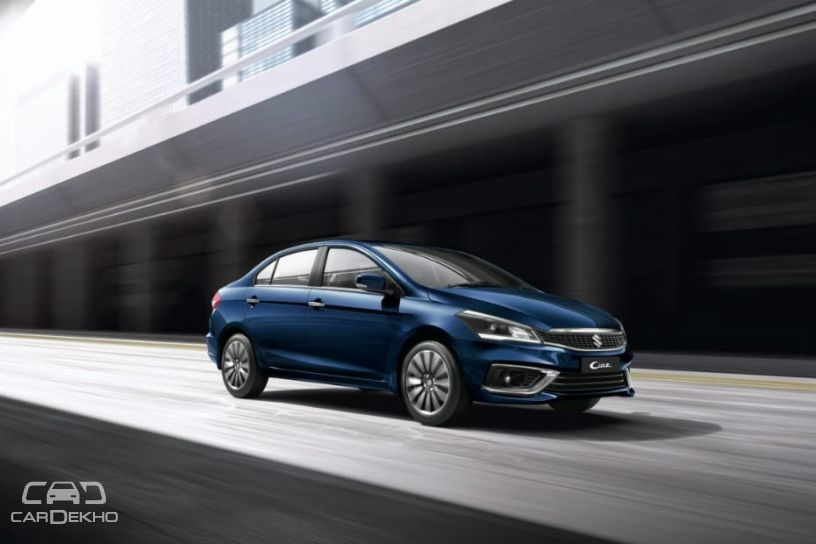 Maruti has launched the 2018 Ciaz facelift at Rs 8.19 lakh. And with the introduction of the updated sedan, the intense competition in the C-segment has gone up. So, let’s put these C-segment sedans against each other and find out which is a better product on paper.

The 2018 Ciaz measures exactly the same as the pre-facelift Ciaz. So it continues to be the longest and the widest car in its class. The Ciaz also has the longest wheelbase which has its obvious benefit when it comes to cabin space.

The 2018 Maruti Ciaz gets a new 1.5-litre petrol engine that makes 12PS and 8Nm more than the older 1.4-litre unit. While it may have become more powerful than before, the 2018 Ciaz is still not amongst the most powerful cars in its segment. It’s the Hyundai Verna and the Honda City that lead the pack when it comes to outright power by a big margin.

Although the Ciaz is not the most powerful, it is the most frugal car in its segment thanks to the smart hybrid tech that it packs. The Ciaz is the first petrol-powered Maruti to get SHVS technology.

The Vento is the only sedan here to offer a turbocharged petrol engine. While it’s still not the most powerful of the bunch here, it produces segment-leading torque figures. The Vento’s 7-speed DSG paired with the turbo-petrol engine has to be the most sophisticated transmission on paper in this segment. Dual-clutch transmissions are widely regarded as more technologically advanced compared to CVTs and torque-converters. Having two clutches quickens the gear shifts and makes the transition from one gear to another smoother. Since a CVT doesn’t have fixed ratios, the final drive is smoother compared to torque converters.

The 2018 Ciaz gets a 4-speed torque converter. Besides the Ciaz, the Verna and the Rapid also get a torque converter automatic but with higher number of cogs. The City and the Yaris get a CVT. All the cars in this comparison are available with a manual transmission option as well. Manual transmission in the Vento is paired with a 1.6-litre petrol engine and not the 1.2-litre turbo-petrol engine.

In this comparison, only the Verna, Vento and Rapid are offered with a diesel-automatic option. While the Verna gets a 6-speed torque converter unit, the Rapid and Vento are both offered with a 7-speed dual-clutch transmission.

Infotainment: All the cars here get a 7-inch touchscreen infotainment system except for the Vento and Rapid (6.5-inch screen). However, these both get Apple CarPlay and Android Auto support, which is also available on the Ciaz and the Verna but absent in the City and Yaris. The Yaris is the only car here to come with gesture controls for the infotainment system.

Comfort and Convenience features: On this front, all the sedans are quite evenly matched. They get features such as automatic climate control, height-adjustable driver seat, adjustable steering, rear parking camera, push-button start, rear AC vents and cruise control.

Features that the Ciaz misses out on but some of its competitors get: Electric sunroof, rain-sensing wipers and ventilated seats.

Like its predecessor, the new Ciaz continues to be among the most affordable midsize sedans in the country.