Several carmakers have announced price hikes this week, while we also got updates on upcoming cars at the Auto Expo 2023. 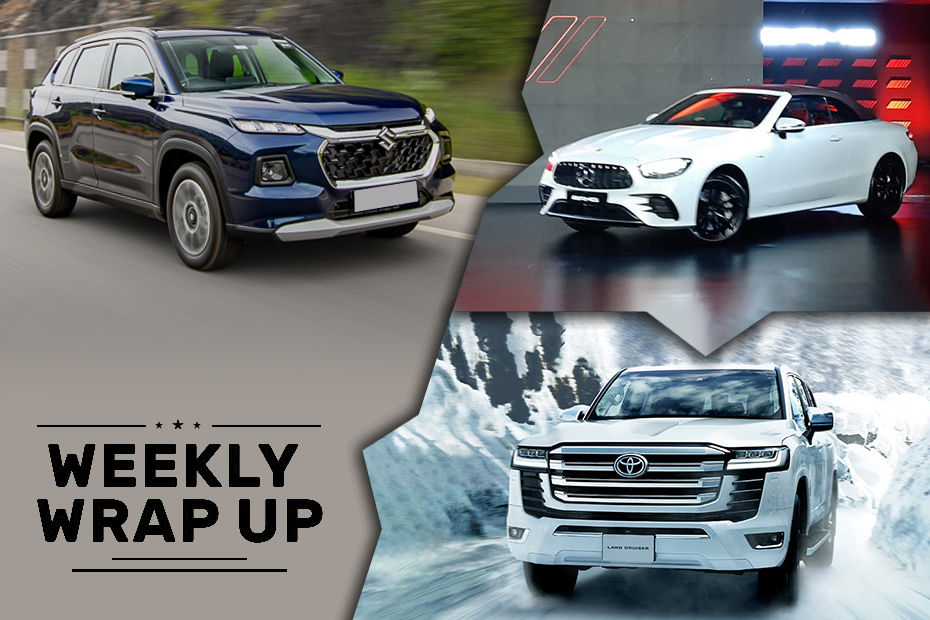 The first week of 2023 saw price increases on various Jeep, Citroen, and Renault models, as well as Maruti's major CNG launch. We also got updates on upcoming cars at the Auto Expo 2023, as well as new information regarding the 2WD Thar that has been leaked. The week concludes with the announcement of the discontinuation of two Skoda vehicles.

The first-of-its-kind CNG vehicle in its segment, the Grand Vitara CNG is finally on sale in India. It makes use of a 1.5-litre petrol-CNG engine, which makes 88PS and 121.5Nm (in CNG mode), with a claimed fuel efficiency of 26.6km/kg. It costs a premium of Rs 95,000 over the corresponding petrol variants.

Maruti has released the black edition of all five NEXA models as part of its 40th-anniversary celebrations, featuring the new Pearl Midnight Black colour tone. There are no mechanical alterations on the car, and the feature list also remains unchanged. The black edition of cars costs the same as the corresponding regular variants.

Ahead of the price announcement, new details on 2WD Thar have leaked online through an updated brochure. It will be offered in two engine options, a 1.5-litre diesel unit (making 118PS and 300Nm), and a 2.0-litre turbo petrol engine (150PS). The carmaker has also introduced two new colour options, namely Blazing Bronze and Everest White.

We got a look at the inside of Citroen's upcoming C3-based EV, just a few days after the company announced the moniker ‘eC3’. It has nearly the same dashboard layout and touchscreen interface, with the main visible difference being a toggle selector in place of the gear lever.

Cars Expected At The Auto Expo 2023

Mercedes-Benz has introduced the completely imported AMG E53 4MATIC+ in India, with prices beginning at Rs 1.3 crore. It is powered by a 3.0-litre inline six-turbo petrol engine producing 435PS and 520Nm. This new convertible AMG is based on the E-Class coupe, which isn't available in the country right now.

New BMW 7 Series and i7 Sedans Launched In India

BMW has had a solid start to 2023 with the arrival of the new 7 series in India, as well as its electric counterpart, the i7. Both of these sedans had their global debuts in April 2022 and are now available in India. Deliveries will begin in March 2023.

BMW Showcased Its New Technology Project, the i Vision Dee

The Dee in the I Vision stands for Digital Emotional Experience, a new BMW technological initiative that intends to improve user interactions through more intuitive AI. The design of the I Vision Dee is inspired by classic BMW sedans.

Skoda To Discontinue These Sedans

Skoda will stop selling the Superb and Octavia by March 2023 since they will not be upgraded to phase II BS6 emission standards. Though the company has promised that after-sales would not be harmed, they are also analyzing if they can make these two sedans in a greener avatar.