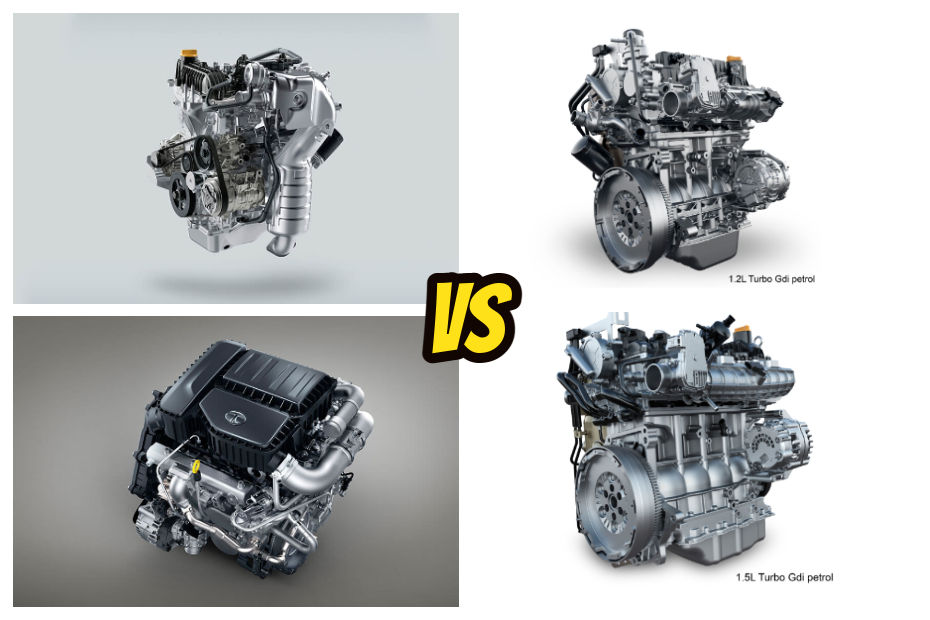 Tata’s pavilion at the Auto Expo 2023 grabbed many eyeballs as new EV and ICE concepts were showcased. Apart from new cars, the carmaker also debuted two new engines at the show, which are 1.2-litre and 1.5-litre turbocharged direct injection (TGDi) units. While we wait for these powerhouses to enter production, let's take a look at how these new engines stack up against Tata's existing 1.2-litre port-injection turbocharged petrol engine on paper:

When it comes to Tata's current turbo petrol engine, it comes in two power tunes: 110PS and 120PS. The less powerful unit is employed on the Altroz i-turbo, whilst the Nexon and the upcoming Altroz Racer use the more powerful turbo unit, which is rated at 120PS.

The 1.2-litre TGDi not only has a power advantage of up to 15PS over the existing turbo-petrol engine, but the torque difference is significant at up to 85Nm!

The bigger 1.5-litre petrol engine, on the other hand, has the same power output of 170PS as the 2.0-litre diesel engine provided in the Harrier and Safari, but the torque output is 70Nm less.

The transmission system is critical to power delivery and makes a significant difference in performance; this is where we expect Tata's new TGDi engines to outperform the old turbo-petrol engines.

The current turbo-petrol engine has only one automatic option, which is an automated manual transmission (AMT). Meanwhile, the new engines are expected to get the choice of a DCT.

Unlike the existing 1.2-litre turbo, the new TGDi engines meet phase II BS6 regulations and can operate on E20 gasoline (20 per cent ethanol blended with petrol).

Also Read: Tata Sierra To Be First In Its Segment To Offer 4-Seat Lounge Layout

Which models will have new TGDi engines?

The new 1.2-litre TGDi petrol engine will debut on the Tata Curvv before being available on other models such as the Altroz and Nexon. The bigger 1.5-litre TGDi, on the other hand, will be available on Tata's flagship SUVs, the Harrier and Safari. We expect them to power Tata's passenger vehicles starting in 2024.