The Sierra, showcased at Auto Expo as a concept, will be offered in both electric and ICE versions 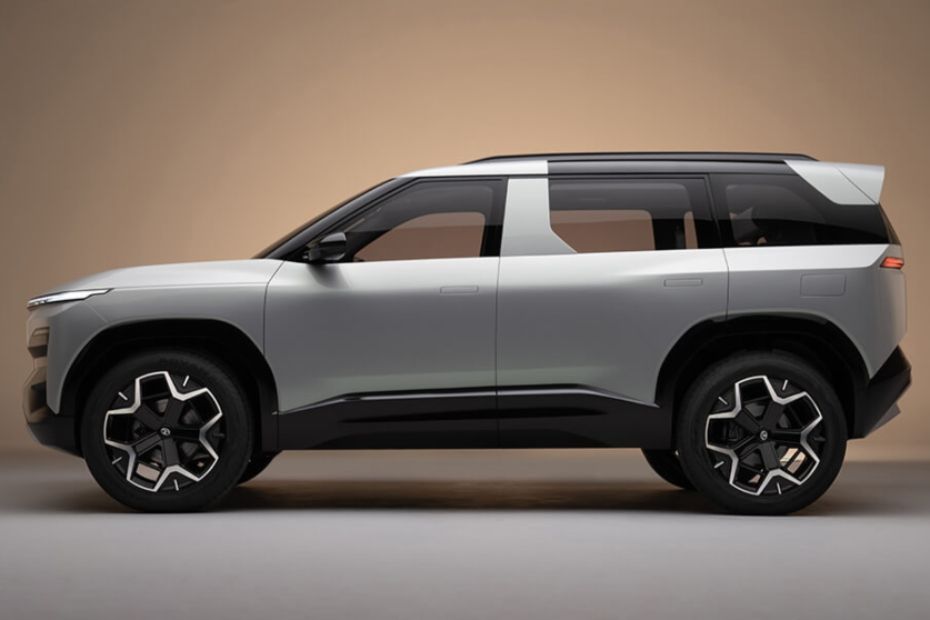 The return of the Sierra was one of the biggest surprises from Tata at this Auto Expo. The carmaker confirmed that the SUV will make it to production and would look the same as we saw it at the Expo.

The Sierra will be around 4.4-metres long, which is around 200mm smaller (lengthwise) than the Harrier. It will be available with a five-seater configuration along with a four-seater lounge version. It will get two captain seats which can be reclined and pulled back/front.

Also Read: At Long Last! Tata Harrier Finally Gets All-Wheel Drive, But With One Big Catch!

Further, the rear seat experience could be enhanced by ambient mood lighting, multiple USB chargers, a centre armrest with cup holders and another storage space, and an extended leg rest. Fold out trays, rear entertainment screens, and rear wireless charger could be offered as accessories. The four-seater lounge version is expected to be offered with the top-of-the-line variant.

Tata hasn’t revealed the Sierra EV’s specs, but we reckon that it will have a bigger battery pack than the Nexon EV Max, which gets a 40.5kWh unit, and the claimed range should be over 500 kilometres. Since the Harrier EV is getting all-wheel drive, we can hope the same to be the case with the Sierra EV.

The Sierra showcased at the expo is the electric model but the ICE version will get its set of visual differences. It will get the newly revealed 170PS 1.5-litre TGDi turbo-petrol engine with manual and automatic gearbox choices.

Also Read: Check Out How Much The Tata Sierra EV Has Evolved Since 2020

Tata could price the ICE-version of the Sierra for around Rs 12 lakh (ex-showroom), while its EV version could very well be from around Rs 25 lakh.