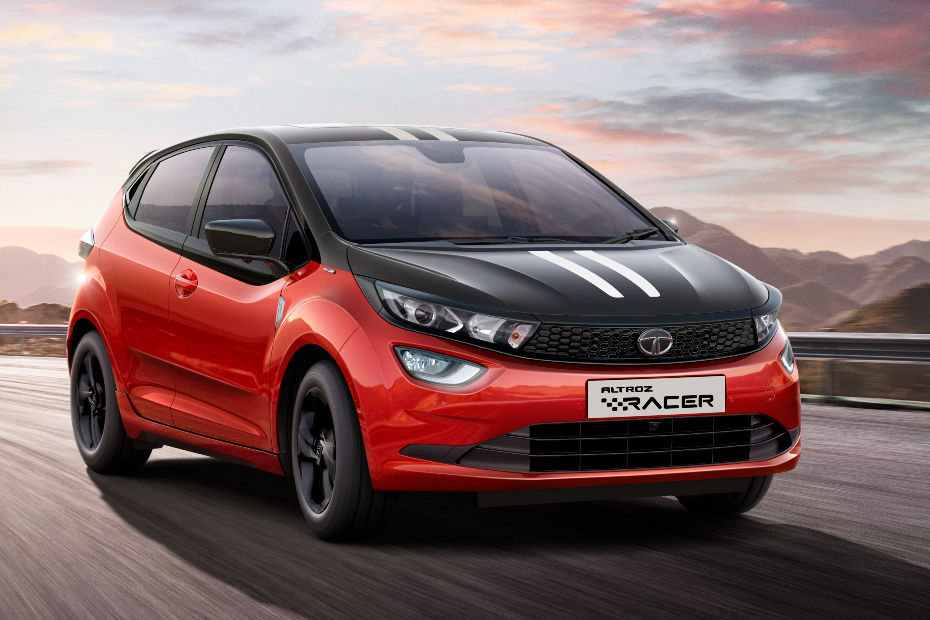 Loved the spicier Altroz Racer that Tata had put up at its stall in the Auto Expo 2023? Well, you would be able to drive one home soon as the carmaker has confirmed its plans to offer it in our market.

Has A Host Of Visual Updates

The Altroz Racer gets visual and cosmetic improvements such as black alloy wheels, contrasting white stripes on the roof and hood, dual-tone exterior and an all-black cabin theme with red highlights. Tata has also provided it with a revised upholstery with sporty details and the ‘Racer’ insignia embossed on the headrests.

Tata has equipped the Altroz Racer with some new equipment such as a 10.25-inch touchscreen infotainment system, ventilated front seats, a voice-enabled sunroof and a seven-inch digital driver’s display. The hatch also gets a wireless phone charger, leatherette seats, projector headlights and six airbags.

A Major Upgrade Under The Hood

The Altroz Racer has been given the Nexon’s 120PS 1.2-litre turbo-petrol unit (delivering 170Nm) mated to a six-speed manual gearbox. Tata already offers the premium hatchback with a 110PS/140Nm 1.2-litre turbocharged petrol engine, with a five-speed MT.

No alterations have been made to the ride and handling setup of the premium hatchback to accommodate the increase in performance.

Also Read: All The Auto Expo 2023 Cars That Will Be Launched This Year, Plus Some Others We Want To See Too!

We expect Tata to price the Altroz Racer from Rs 10 lakh (ex-showroom) onwards. Its only nemesis will be the Hyundai i20 N Line.