Check how the Jimny holds up against the discontinued Maruti Gypsy 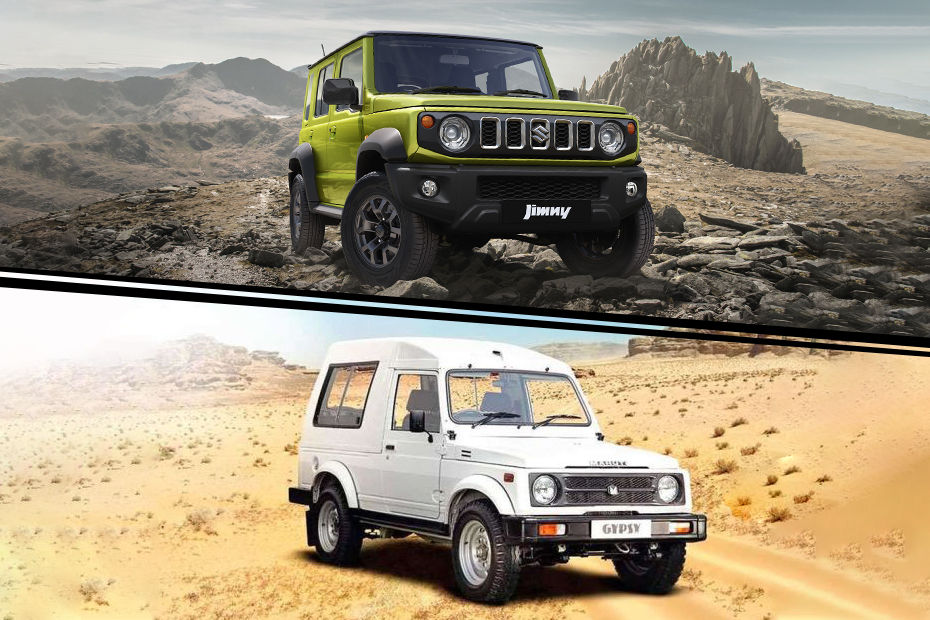 Maruti debuted the fourth-generation Jimny in India at the Auto Expo 2023 and gave the country a new off-roader to consider. While it is compared with the two rulers of the segment, Mahindra Thar and Force Gurkha, we thought it could also be compared to its second-generation avatar, the Maruti Gypsy. For the uninitiated, the Gypsy was essentially a renamed elongated version of the second-gen global Jimny.

Here are five key differences between the two off-roaders starting with the dimensions:

The Jimny is slightly smaller than the Gypsy, even after being a five-door SUV, but manages to have a longer wheelbase. Jimny is shorter than the Gypsy by up to 155mm but is wider by 105mm to provide more space inside.

The latest Jimny captures the spirit of its previous iterations, including the Gypsy, in a modern avatar. The Jimny’s grille, for instance, is inspired from the vertical slits present in the grille of the Gypsy (second-gen Jimny). Even the round headlamps have been a part of Jimny’s design since the beginning, but have been modernised from halogen to LED projectors.

On the sides, you can see horizontal slits on the bonnet, which were present on the Gypsy. But the biggest difference on the sides is the presence of an extra set of doors for the first time in its history. At the rear end, the tail lamps are housed in the rear bumper, again inspired by the Gypsy. The differences here include the placement of the spare wheel and the visible height difference between the two off-roaders, which shows that the Gypsy is taller than the Jimny.

Another key difference between the two is that the Gypsy was available with soft top and hard plastic top roof options, whereas the Jimny can only be had with a metal hard top roof.

The Jimny is way ahead of the Gypsy in all specifications. It gets a bigger petrol engine with larger output figures. While the Jimny has the option of both manual and automatic transmissions, the Gypsy was only available with a five-speed manual transmission. Both off-roaders offer a four-wheel drivetrain with a low ratio gearbox.

There’s no doubt that the Jimny will trim the Gypsy in terms of features since the latter was discontinued in 2018. Jimny comes with a nine-inch touchscreen infotainment display, automatic climate control, an ARKAMYS-tuned sound system, electrically adjustable and foldable ORVMs, and cruise control to name a few. Gypsy on the other hand had an analogue instrument cluster, fabric upholstery, adjustable head restraints and a foldable front windscreen.

The Jimny offers a major advantage over the Gypsy, which is the rear doors. These doors provide passengers with easy access to the rear seats.

Related: Maruti Receives Over 5,000 Bookings For The Jimny In Less Than A Week

These were the key differences between the two Maruti off-roaders. With the debut of the Jimny, the carmaker has re-entered the off-roading segment which is currently dominated by the Mahindra off-roader. Maruti will launch the Jimny soon at an expected starting price of Rs 10 lakh (ex-showroom) and it will be a rival to the Mahindra Thar.