The off-roader can be had in two variants, both with the option of manual and automatic transmissions 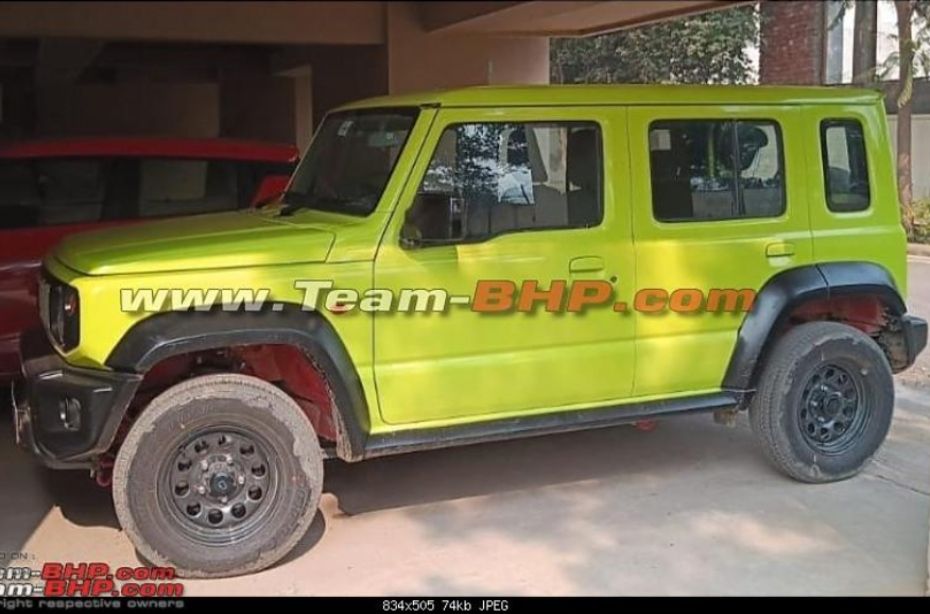 The Maruti Suzuki Jimny is finally here and the marque probably has received close to 10,000 bookings for the off-roader already. The five-door Jimny is offered with a 105PS 1.5-litre petrol engine, coupled with five-speed manual and four-speed automatic transmissions. Four-wheel drive (4WD) with a low range gearbox is standard here.

The Jimny can be opted in any of the two trims – Zeta and Alpha – on offer. While we’ve been seeing the top-spec Alpha variant since its Auto Expo debut, here’s a look at the base-spec Zeta, inside and out:

Up front, you can see the chrome elements on the grille which are standard, but it gets halogen headlamps as opposed to the LED units on the top-spec Alpha variant. Even the headlamp washer and fog lamps are missing on the Zeta variant.

Also Read: Take A Detailed Look At The Maruti Jimny In These 20 Images

In profile, the Jimny’s base-spec variant can be identified easily thanks to the 15-inch steel wheels it has instead of alloys. The rear of this variant looks the same as the top one, but those with a keen eye will notice that the keyless entry button is missing here.

The all-black cabin here looks largely the same as the top-spec Alpha variant, minus some of the features. The Jimny Zeta variant gets a seven-inch touchscreen infotainment system, which is smaller than the top-end’s nine-inch unit. It does get Android Auto and Apple CarPlay, but the wireless connectivity is missing.

The base variant does not get cruise control button start-stop and auto AC, comforts which are available on the Alpha variant. On the plus side, the Jimny does get safety kit like six airbags, a rear parking camera, ESP, hill hold / descent control, and brake limited-slip differential as standard.

Also read: Here Is What Each Variant Of Maruti Jimny Is Offering

We’re expecting Maruti to retail the five-door Jimny, available to book for Rs 11,000, from around Rs 10 lakh (ex-showroom). It’s launch is due by March and the SUV will rival the mighty Mahindra Thar.