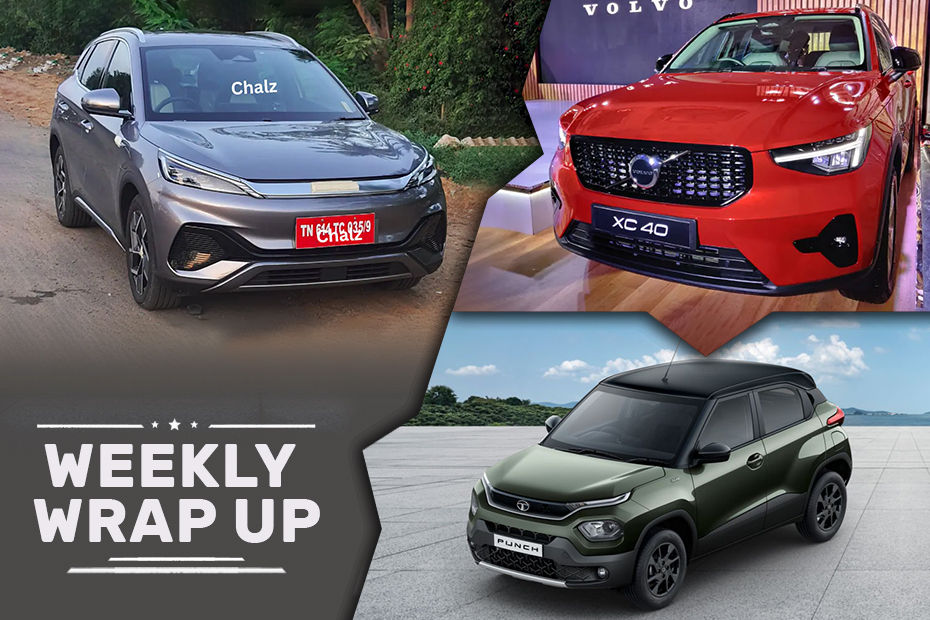 This week had a couple of new launches from Tata and Volvo, prices of top Mahindra SUVs were hiked, Mercedes opened bookings for the EQS 580 and more.

Here’s a rundown to get you caught up on everything that happened this week:

Toyota Glanza To Get CNG Variants

A Type Approval Certificate issued by the Delhi RTO revealed that the Toyota Glanza will soon get CNG variants. The Glanza is currently offered in four trims: E, S, G and V. All of its manual variants will get a CNG option except for the base-spec Glanza E. This could make it the first premium CNG hatchback in the country.

Bookings Open For The Mercedes-Benz EQS 580

Mercedes has revealed the launch date for the EQS 580 and has commenced bookings for the same at a token price of Rs 25 lakh. The electric sedan gets a 107.8kWh battery pack with a range of 676km and it can be charged in just 31 minutes using a 200kW fast charger.

Honda has hinted that it will launch more strong-hybrid models in India after the City Hybrid and its next model could be a hybrid SUV. Since the strong-hybrid SUV segment only has two contenders, the Grand Vitara and Hyryder, a third one would give customers more options and help Honda boost the sales.

Recently, a draft notification has been issued by the Ministry of Road Transport and Highways (MoRTH) to make rear seatbelt reminders a standard safety feature in all cars. This rule will be applicable for all front-facing seats, including the third row and passengers found not wearing rear seatbelts could soon attract a fine.

Read More on : A4 Automatic