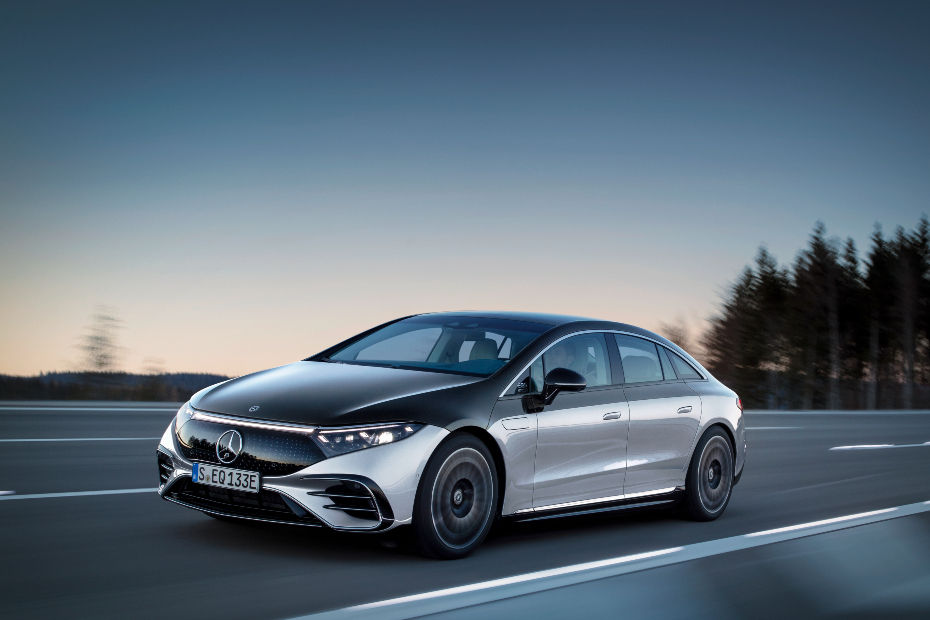 Mercedes-Benz had recently launched the performance-oriented iteration of the EQS, the AMG EQS 53, in India. Now, the carmaker is set to introduce the EQS 580 4MATIC and has started accepting bookings for this version of the electric sedan for Rs 25 lakh.

As confirmed by Mercedes-Benza earlier, it will be manufactured locally. Union Minister of Road Transport and Highways, Nitin Gadkari, will be rolling out the first unit of the EV on September 30.

The EQS has more design commonalities with the EQC than the regular S-Class. Mercedes-Benz has utilised a new EV architecture for the EQS and also claims its drag coefficient value to be just 0.20.

Mercedes-Benz has provided the EQS with a 107.8kWh battery pack, offering a range of up to 770km (EQS 450+ model). India will get the range-topping EQS 580 4MATIC featuring a dual-motor, all-wheel drivetrain (AWD) with outputs of 523PS and 855Nm and a claimed range of 676km.

Its battery pack can be refilled in 10 hours using an 11kW wallbox charger while a 22kW charger will do the same duty in five hours. A 7kW home charger will take 15 hours and 30 minutes for the same task. The Mercedes-Benz EV is also capable of fast charging at up to 200kW that can juice up its battery in 31 minutes.

We expect the EQS 580 to have a starting price of around Rs 1.8 crore (ex-showroom). While it won’t have any direct rivals, the Porsche Taycan and Audi e-tron GT would be its closest competitors.