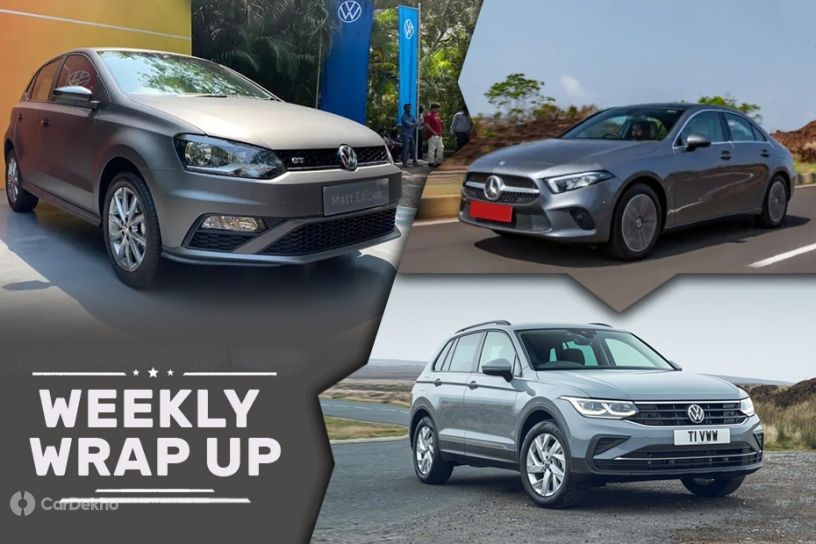 Mercedes has launched its most affordable offering, the A-Class Limousine sedan. It gets three engine options and a made-in-India AMG too! Here are the prices and all the other details you need to know.

Volkswagen has confirmed the relaunch of the Tiguan mid-size SUV as a facelifted model. While it only sees subtle cosmetic revisions,  it gets a big upgrade under the bonnet. Head here to read more.

The images of the upcoming three-row Hyundai Alcazar SUV have been leaked. The spy shots reveal all the changes on board as compared to the donor five-seater model, the Creta. For more on this story, click here.

Zac Hollis, Director Skoda India, has confirmed the launch of the 2021 Octavia this April. Head here to find out what we can expect.

The electric luxury SUV segment seems to be heating up. Now, Jaguar has launched its first electric vehicle for India, the I-Pace, which takes on the similarly priced Mercedes-Benz EQC. Tap here for the prices, bookings, driving range, and other details.

Volkswagen Polo is all set to get a new matt edition. This is one of the rare instances  where a manufacturer has offered a matte shade. Head here for the complete story.

Several manufacturers including Renault, Nissan, Maruti Suzuki and Ford have announced price hikes from April 1. Some have cited rising manufacturing costs as the primary reason for the increment. Click on the above links of the manufacturer for details.