Volkswagen has squeezed out a mind-boggling number of updates for the Polo in over 10 years, with the latest promising a refreshed exterior 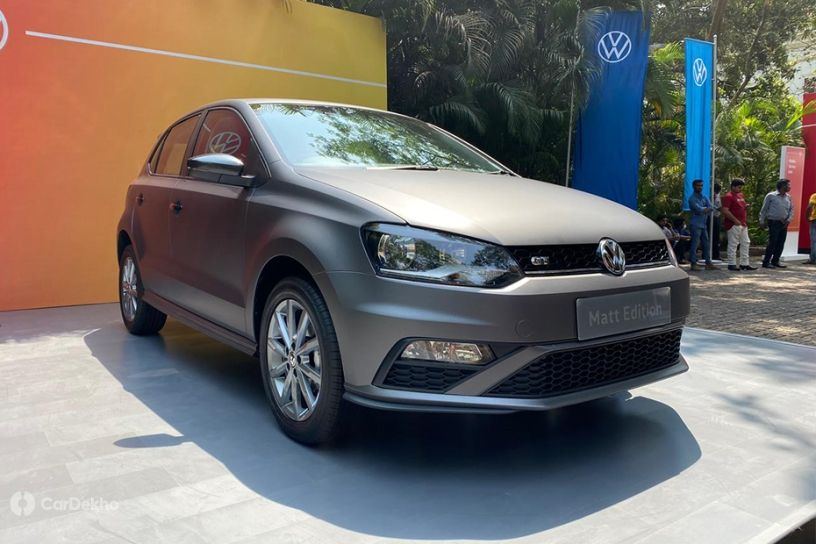 We have to give it up for Volkswagen. Over the years, they have always been able to find an update for the Polo GT, keeping it looking fresh. This time around, it’s a new matte paint scheme for the car’s exterior.

The car pictured here is sporting a shade of grey, finished in matt. It looks slick and a little understated in its appearance. Volkswagen has been clever in choosing the paint scheme, considering many Polo owners often go for matte wraps from the aftermarket. This way, they will have something for themselves, straight from the factory.

There are a couple of small touches that Volkswagen has put in, which might go unnoticed. Firstly, the door handles have been given a contrasting gloss black finish. We saw something similar in the Tata Safari’s Adventure Persona variant, although in the Polo, the entire handle seems to be finished in black. The GT TSI badging on the C-pillar, too, has the matte paint finish, and in the pictures at least, it looks classy. However, we wish Volkswagen used more matte elements on the ‘VW’ bading on the front and the boot as well as on the model lettering on the boot. Now, that would have really made it stand out. The interior remains as is.

There will be no mechanical changes to the Polo GT. It will continue with the 1.0-litre turbo-petrol engine (mated to a 6-speed torque converter automatic) making 110PS/175Nm.

Expect the Polo Matt Edition to make it to showrooms soon. Thanks to the new paint job, it will likely be priced at a premium of around Rs 20,000. For your reference, the Polo GT retails at Rs 9.92 lakh ( ex-showroom). Skoda, a part of the VW Group, had showcased a similar- finished Rapid at the 2020 Auto Expo. However, that car got a bunch of red highlights and a set of new alloy wheels.