From the images, we can clearly make out the differentiating elements between the 5-seater Creta and its 7-seater version 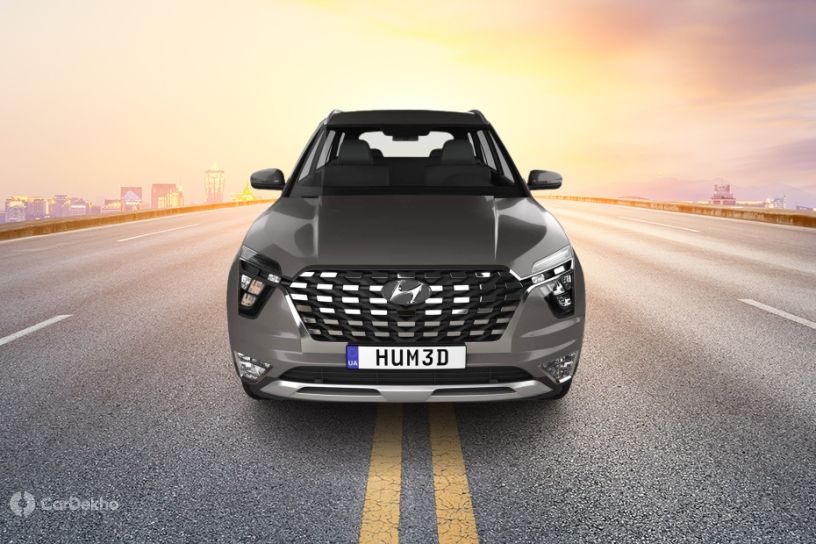 Hyundai’s second-gen Creta has already struck the right chord among buyers, surpassing 1.21 lakh bookings since its launch in March 2020. The carmaker is now set to unveil the SUV’s three-row version, christened the Alcazar, and recently released its official teaser sketches. Now, ahead of its official reveal, images of the Alcazar’s 3D model have leaked online.

The images confirm the differentiating factors that will set the two SUVs apart. It gets a revised front fascia with an updated front grille (that now connects to the headlamps and has chrome-studded elements in lieu of slats) and a revised front skid plate. On the sides, it is seen with a different design for the alloy wheels (possibly a size bigger than Creta’s 17-inch wheels) and a glass quarter panel.

At the back, it gets an upright tailgate thanks to the taller roofline and a chrome bar joining the two new tail lamps with ‘Alcazar’ spelt across it. While the leaked image doesn’t show a sunroof, we expect the SUV to be offered with it as the 5-seater Creta gets a panoramic unit. The rear bumper appears to be similar to the Creta Turbo’s with twin exhaust tips, albeit with bigger fog lamps instead of reverse lamps.

As per the official teaser sketches released by Hyundai recently, the Alcazar’s cabin will bear similarities to the Creta, but it will get a new black and brown upholstery. Hyundai will offer the three-row SUV in both 6- and 7-seater configurations, with bench seats for the second row in the case of the latter.

The Alcazar is likely to get the same equipment list as the Creta, including a 10.25-inch touchscreen infotainment system with Android Auto and Apple CarPlay, ventilated front seats, and a panoramic sunroof. It could also come with additional features such as a powered tailgate, front parking sensors, AC vents and USB ports for the third row, and possibly even a 360-degree parking camera.

Hyundai is expected to equip the Alcazar with the 5-seater Creta’s 1.4-litre turbo-petrol (140PS and 242Nm) and 1.5-litre diesel engines (115PS and 250Nm). Transmission options are a 7-speed dual-clutch automatic in the former whereas the latter gets either a 6-speed manual or a 6-speed torque converter gearbox. The 5-seater SUV’s 1.5-litre petrol engine may not feature on its 7-seater version.

We expect the three-row SUV to be priced at a premium of around Rs 1 lakh over the corresponding diesel and turbo-petrol Creta variants, priced between Rs 10.31 lakh and 17.53 lakh (ex-showroom). Hyundai is expected to launch the Alcazar by the end of April. It will serve as an alternative to the MG Hector Plus, Tata Safari, and Mahindra XUV500.