Mahindra Is Developing Yet Another Sub-4m SUV

It is likely to be a sub-4m derivative of the S201 SUV, which is based on the SsangYong Tivoli. With its launch Mahindra will have three SUVs in the sub-4m space, including the TUV300 and the NuvoSport 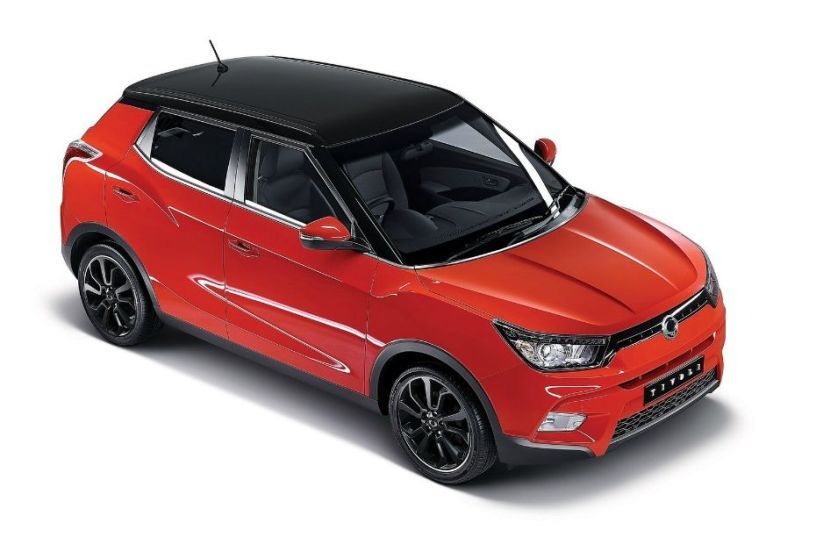 Mahindra has been testing a compact SUV codenamed S201 for quite some time now. While the S201 looks exactly like the SsangYong Tivoli, a sub-4 metre SUV that could in all probability be a smaller version of the Tivoli was also spotted recently.

The SsangYong Tivoli was showcased at the 2016 Indian Auto Expo and at that time, it was believed that Mahindra will launch it with SsangYong's moniker. However, Mahindra changed its mind later and there were reports that it planned to introduce the Tivoli under its own label, which is more popular in the country compared to SsangYong's.

Now that a sub-4m version of the same has also been spotted, it appears that Mahindra might offer two versions of the S201 SUV. While the sub-4m version would go up against the Maruti Suzuki Vitara Brezza, the other would target the Hyundai Creta. These two rivals are the best-selling models in their respective segments.

The sub-4m test mule indicates that Mahindra has chopped the overhangs (front and rear bumpers) of the SsangYong Tivoli to smartly put it in the sub-4m (<4,000mm) category. The Tivoli, for instance, measures 4,195mm in the UK. While the side profile (front fender and doors) looks similar to the Tivoli, it had dummy lighting and redesigned front and rear profiles. The regular version, on the other hand, looks like a carbon copy of the Tivoli, which has been on sale globally since January 2015.

Mahindra already has two offerings in the sub-4m SUV space: the TUV300 and the Nuvosport, and they are not among the best sellers. The NuvoSport, for example, has been selling less than 50 units monthly for a long time, while the TUV300 retails in the vicinity of 2k units. Just to put things into perspective, the Vitara Brezza retails around 10-15k units monthly and the EcoSport and the Tata Nexon approximately 4-5k units. In our opinion, the primary reasons for their unpopularity are that they are not that frugal or fun to drive compared to their monocoque-based rivals. This is thanks to the rugged yet heavy body-on-frame construction, which wasn’t necessary in the first place considering there’s no four-wheel-drive on offer.

Mahindra certainly needs a number churner here and the monocoque Tivoli-based offering could do the same for it. Moreover, it will be interesting to see how Mahindra differentiates the two offerings based on the Tivoli in terms of styling and equipment levels. The prices of the sub-4m version are expected to begin from Rs 6-7 lakh while the compact SUV versions are likely to start from ~ Rs 10 lakh. And both the SUVs are expected to be launched in 2018.

Mahindra and SsangYong are also coming with an electric version of the Tivoli. It is likely to be based on the Tivoli EVR (Electric Vehicle with Range Extender) concept that was revealed alongside the Tivoli at the 2015 Geneva Motor Show. The concept had a 25kWh battery pack coupled to a 325cc petrol engine that charges the batteries. It offered a range of 130km with the EV mode and 500km with the ‘Range Extender’ mode. It was reportedly capable of doing a top speed of 150kmph and packed a max power output of 130PS (electric motor). These figures look similar to the ones recently revealed by Mahindra Electric. Moreover, it will also be sold in Europe under the SsangYong label, as reported by the European media.

Stay tuned to CarDekho as Mahindra is expected to showcase these offerings at the Auto Expo 2018.

Mahindra
VIEW ALL
R
Published by
Was this article helpful ?