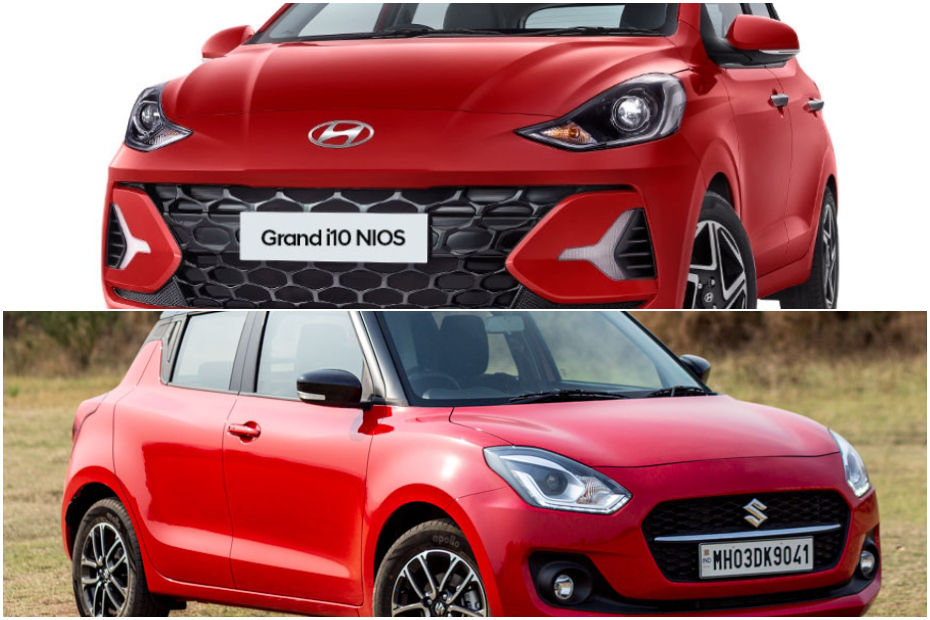 Hyundai has launched the facelifted Grand i10 Nios, which receives cosmetic upgrades inside and out with new features and an updated powertrain. It was already a feature-loaded compact hatchback and with the new equipment, it poses as a more premium alternative.

The prime competitor to the Grand i10 Nios is the Maruti Swift, and has been for over 15 years. Both the premium compact hatchbacks are sized and priced similarly, carry a 1.2-litre petrol engine with manual and AMT options, and get a CNG option too.

The differences between them are mainly related to features and design. So, here’s what the facelifted Grand i10 Nios has to offer over the Swift:

The Grand i10 Nios continues with its earlier 83PS 1.2-litre petrol engine. However, the unit is now E20 (20 percent ethanol blend) compatible. The E20 fuel is due to be introduced across India in the near future, preparing the i10 Nios for that change. Not only that, but the Nios is also BS6 Phase 2 compliant, and the stricter emission norms will be effective from April this year.

While the Maruti Swift will be getting the same compliance updates soon enough, the Grand i10 Nios has a head start.

The Grand i10 Nios now gets a wireless charging pad from the higher-end Sportz variant upwards. As for the Swift, it misses out on the handy feature.

This feature isn’t that functional but it does add to the aesthetic and upmarket feel inside the cabin. Hyundai offers blue footwell lighting right from the lower-end Magna variant, which isn’t available with the Swift.

The Nios offers rear AC vents with blower control from the lower-end variants, from the previous version itself. This important feature is missing onboard the Swift.

Hyundai used to be one of the only mass-market brands to offer up to six airbags in compact models until not too long ago. Now, it becomes the only one to  four airbags as standard  in a small hatchback with the facelifted Nios, while the top-spec Asta now gets six airbags. In comparison, the Swift just gets dual front airbags across all variants. However, with the government’s mandatory six-airbag rule expected to kick in from October 2023, the Swift will eventually be equipped with the same safety feature.

The Grand i10 Nios and Swift, both offer hill hold assist feature. However, it’s exclusive to the AMT variants of the Swift, while the Nios offers it with the manual variants too.

A TPMS is available with the Hyundai hatch right from its lower-end Magna variant. The PSI readings of all the four tyres can be seen right in the MID of the instrument cluster. The Swift doesn’t get this feature but rather as an official accessory.

With all variants side-to-side, the facelifted Grand i10 Nios is still a bit more affordable than the Maruti Swift across the board, all while having more to offer.