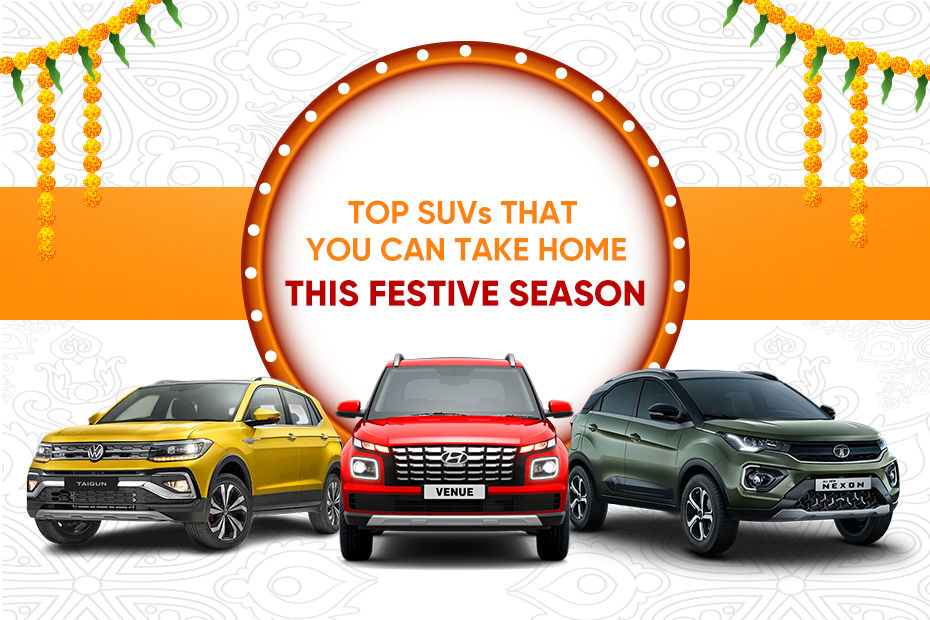 The festive season has started and for us, it’s a good time to purchase new things. Now, if we talk about cars, everyone knows about the waiting period problems that the industry faces. SUVs are currently the most sought out cars, right from subcompact SUVs to the full-size ones. But what if, you’re planning to buy an SUV and we tell you that there are several which can be delivered by this festive season.

So, let’s check out the top 10 SUVs you can take home this festive season.