Over the eight years of its existence, the Ritz clocked approximately 4 lakh unit sales for the company 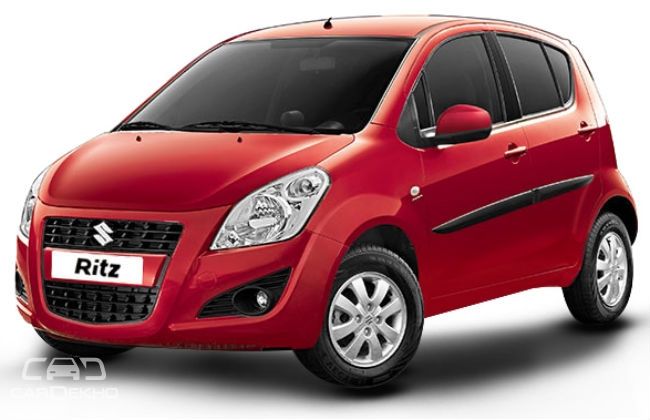 Maruti Suzuki launched the Ritz hatchback back in 2009. Although it was placed a level below the Swift, the Ritz was on offer with the same petrol and diesel engines and the same five-speed manual transmission. According to a report published by TOI, the Japanese car firm has axed the Ritz hatchback from its portfolio. Over its eight years of existence, the hatch clocked around 4 lakh unit sales for the company.

This move comes after the company decided to refresh its list of offerings in the country. Maruti Suzuki aims to match the ever-growing demands of its Indian customer base, which forms one of the world’s fastest growing automotive markets. The company will ensure that spare parts for the Ritz are readily available, at least for the next 10 years.

Maruti Suzuki had the Ritz, Ignis, Swift, Baleno, Wagon R and the Celerio in its hatchback segment. With the Ritz gone, the company will get some breathing space to place a new product in the price bracket, which would otherwise have lead to a worsening of the cannibalization among the sibling hatches.

Apart from putting the Ritz to sleep, Maruti Suzuki has also shortened the variant list of the 1.6-litre S-Cross. The 1.6-litre DDiS engine is now only available in the Alpha trim of the crossover.

The company is set for a busy 2017. After launching the Ignis in January 2017, Maruti Suzuki is slated to launch the Baleno RS on March 3, 2017. Bookings for the Baleno RS have already begun. Later this year, the company is expected to revive the Ciaz sedan and the S-Cross with a facelift, introduce a petrol engine for the Vitara Brezza, and launch the all-new Swift.

I was planning to buy Ritz for a long time. It is sad to hear MS discontinuing Ritz. Now the alternate will be Wagon R only. Though I am using Wagon R for the last 6 years and find it very comfortable and economical, but my desire to buy Ritz will not be fulfilled.

Soo Sad..Why it stopped. it is superb hatch back Design. I like very much the Design. It is male oriented design. Male oriented designs are now the trend also. while introducing time Maruthisuzuki called it is a TALL BOY. Now all the taxi people's are start to take ritz also in bangalore. Now days MS not doing proper advt about ritz, They are doing for swift and all, that is famous model doesn't need advt. They introduce Ignis, it's side, frond views are good but back view is bad.it's small also

Ritz one of the best car in the world.