Is The Ciaz Diesel More Fuel Efficient Than The City And Verna In The Real World?

The Maruti Ciaz claims to be the most efficient on paper, but does it come good on that promise when compared to its direct rivals in the real world? 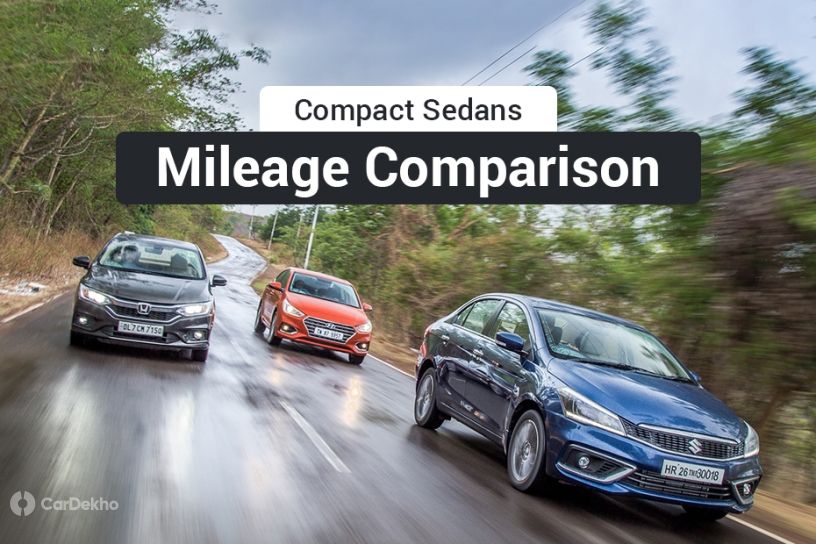 Maruti added an upsized 1.5-litre diesel engine to the Ciaz’ engine lineup, which already had a 1.3-litre diesel unit. Apart from an increase in displacement, the new unit also does away with the mild-hybrid technology that aids fuel efficiency. While the claimed efficiency of the 1.5-litre diesel is obviously lower than the 1.3-litre diesel, is it more frugal than its immediate rivals like the Honda City and the Hyundai Verna in the real world? Let’s get down to comparing.

Our fuel efficiency tests reveal that all three sedans are capable of delivering well over 20kmpl on the highway, but it is the City that comes closest to matching its claimed efficiency. But differences in fuel economy are natural as the claimed numbers are tested in ideal road conditions.

In the real world, where your driving is split half between city and highway, it will be the Honda City that comes good on its promise with the highest overall efficiency, albeit only by a slight margin. The Ciaz and the Verna aren’t too far behind though. If the majority of your commutes are on wide, clear highways, then again it’s the City that trumps all, followed by the Verna and then the Ciaz.

And if your car will ply city roads more, it will be the Maruti Ciaz that takes top honours, being the only offering that registers 20+kmpl of fuel economy. The City and Verna are right on its tail, though, with numbers just marginally shy of the 20kmpl mark. It’s worth noting that all three sedans are closely matched.

The fuel efficiency numbers depend heavily on the driving scenario, vehicle’s health and driving style. Are you an owner of any of these compact sedans? Do share your findings with us and fellow owners in the comments section.

2 out of 3 found this helpful