These offer practicality and adventurous fun in a single, more affordable package 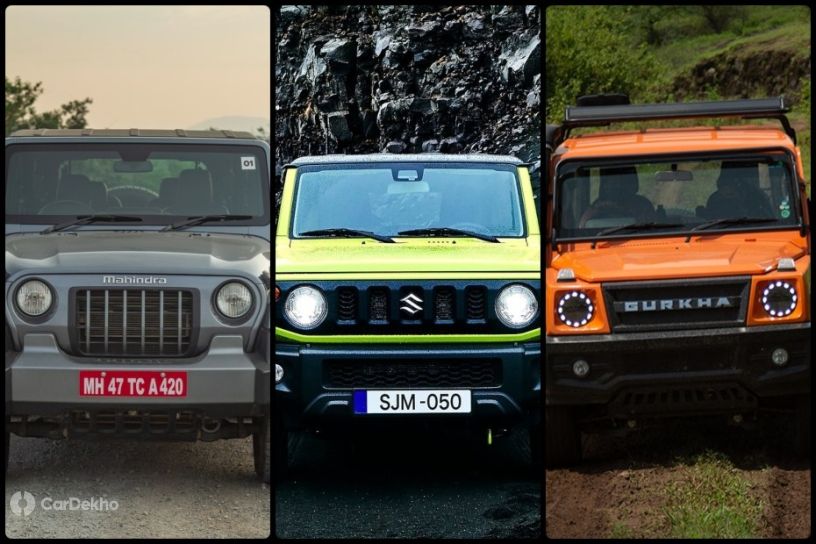 Purpose-built cars that cater to enthusiasts usually come with limited practicality. In cases where they are both capable and practical, they are positioned as premium models with expensive price tags. In the Indian off-road capable segment, there is a huge gap between a three-door lifestyle vehicle and a practical five-door SUV with proper 4WD. However, these three upcoming five-door SUVs plan to make the combination of practicality and off-roading fun more affordable:

The Thar has been a runaway success in the lifestyle segment for Mahindra. The carmaker has already confirmed plans to introduce more versions of it, including a five-door version. Most recently, the five-door Thar has been spied testing, which suggests that it will arrive as expected in 2023.

Mahindra officials have also revealed to us that it will share some of its underpinnings with the new Scorpio N for improved ride quality. Mechanically, the five-door Thar should get the same 2.2-litre diesel engine with 4WD and choice of both manual and automatic transmissions. While it could get a petrol-4WD powertrain, its availability will depend on market demand. The five-door Thar might even be offered with 2WD only, unlike the regular Thar which gets 4WD as standard.

The Indian buyers have patiently waited for the latest Suzuki Jimny to come to India since its global debut in 2018. It even made an appearance at Auto Expo 2020 and has been manufactured in India for export purposes. However, Maruti felt that it would be better suited for India as a five-door model instead.

The five-door Jimny has now been spied testing internationally and looks like it could be close to production. It is expected to be powered by the same 103PS 1.5-litre petrol engine as the regular Jimny but could benefit from a turbo-petrol engine option for more performance. Like the Thar, the Jimny gets 4WD as standard overseas. However, the five-door iteration may be available with a 2WD version too for buyers who want the looks but not the off-roading capabilities and at a lower price.

A five-door Jimny in India could easily be priced anywhere between Rs 12 lakh to Rs 18 lakh (ex-showroom) if offered in both 2WD and 4WD versions.

While the Mahindra Thar and the Jimny are seen as off-roaders that have matured over time to make them more practical in the city as well, the Force Gurkha seems to have stuck to its rugged roots. The latest-gen Gurkha arrived in 2021 and it will be getting a five-door iteration as well soon.

A five-door Gurkha has been spied multiple times in near-production-ready form. However, it is expected to offer more seating capacity with third-row captain seats or side-facing seats behind the second row, like the Scorpio. The Gurkha five-door is expected to use the same 2.6-litre diesel engine as the regular model but with a more powerful tune. It will likely be a 4WD-only model.

Like the current Gurkha, which is priced at Rs 14.5 lakh, it might be offered in a single trim only with an expected price of Rs 18 lakh (both prices are ex-showroom).