It will likely be offered with multiple seating configurations, including a six-seater setup 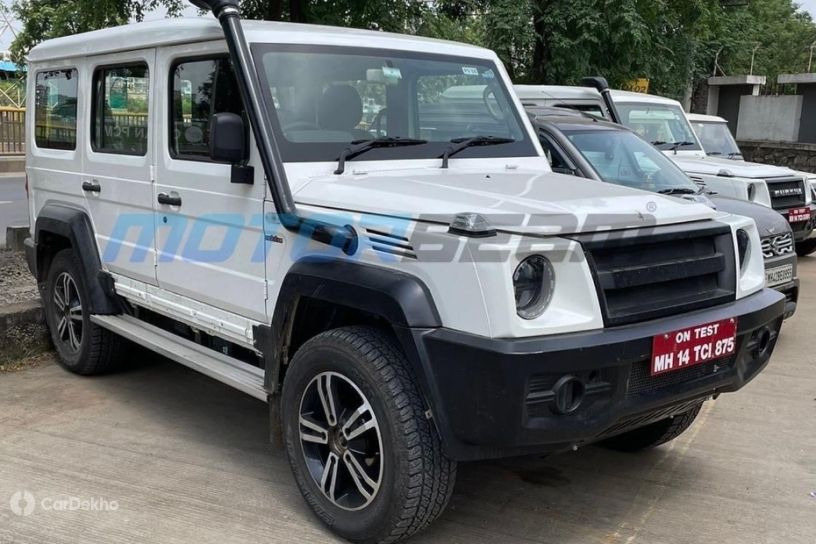 The five-door Force Gurkha has been spied yet again and this time, the picture reveals the SUV’s side-facing third-row seating configuration. The new spy shot of the two-seater side-facing jump seats indicate that the five-door Gurkha will be offered with the option of captain or side-facing seats for the third row. Do note that an RTO document had earlier revealed that Force had planned six- and eight-seater configurations for the off-roader.

You can also see the bigger Gurkha sitting on 18-inch alloy wheels, which are different from the rims the three-door model rolls on. These new alloys are likely to be offered as an accessory with the Gurkha, for which you’ll have to pay compulsorily, as is the case with the three-door model.

The rest of the car is undisguised and has been seen earlier through various spy shots. The styling is identical to the three-door with some obvious visual differences like two more doors and increments in the length and wheelbase.

The five-door Gurkha is expected to retain the three-door’s 2.6-litre diesel engine, but possibly in a higher state of tuning. It will most likely get 4WD as standard with low-range gearbox, an offset snorkel and manual front and rear locking differentials.

We’re expecting the five-door Gurkha to demand a premium over the three-door’s current price tag of Rs 14.50 lakh (ex-showroom). It will rival the likes of the upcoming five-door Thar and Maruti Jimny.