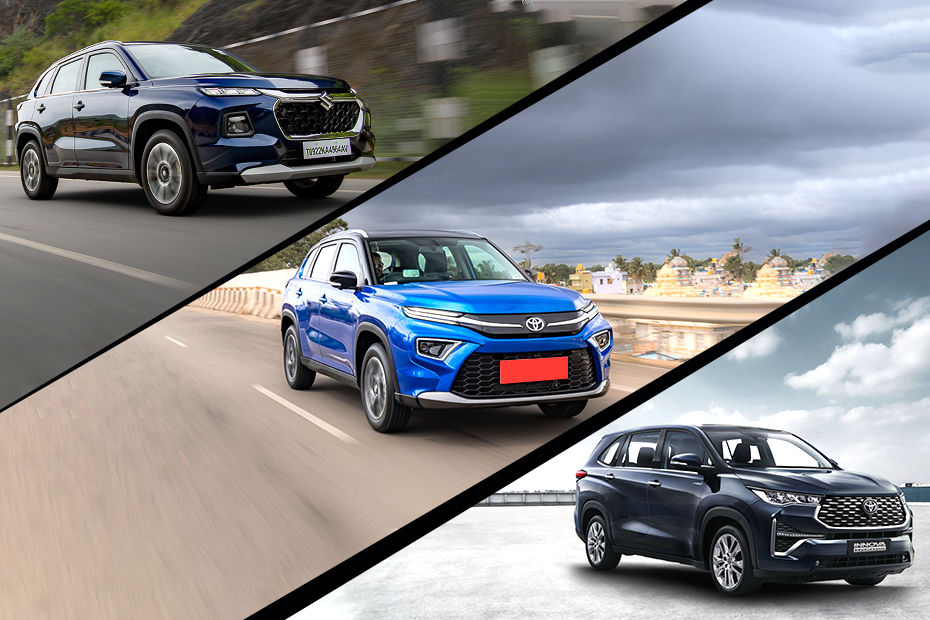 With the Innova Hycross also going the strong-hybrid route, there are now two Toyota models on offer with this relatively greener powertrain, while the number of total mass-market models with this engine option is now four. One of the strongpoints of this power unit is the high claimed fuel efficiency.

In this story, we have compared the claimed mileage figures of the new Innova Hycross with those of the Maruti Grand Vitara, Toyota Urban Cruiser Hyryder and Honda City Hybrid.

While the claimed fuel efficiency figure is comparatively lower than those of the Maruti-Toyota SUVs and Honda sedan, it’s also worth noting that it’s the only model here to host a larger capacity powertrain. That aside, the difference of over 5kmpl than the City Hybrid and nearly 7kmpl than the two SUVs is surely to have a greater impact on fuel consumption in day-to-day usage. However, we will reserve our final comments until we get our hands on the Innova Hycross for a proper fuel efficiency testing.

Related: How Japanese Brands Are Democratising Hybrid Powertrains In India

A Look At Their Power Units

It’s the Innova Hycross which gets the largest capacity 2-litre petrol-hybrid unit among the models mentioned here, while the remaining three have a 1.5-litre powertrain. All the four strong-hybrid cars come with a single e-CVT transmission option. While the MPV’s powertrain is the most powerful of the lot, it’s the City Hybrid’s electric motor which is the torqueist.

How Much Do They Cost?

Among the four hybrid models, it’s the Toyota Hyryder which has the lowest entry-point. Toyota is yet to reveal the prices of the Innova Hycross but we are expecting the starting price to be in the Rs 20-lakh ballpark. The City Hybrid is sold in a single fully loaded variant priced at nearly Rs 20 lakh.

7 out of 8 found this helpful