Mahindra Bolero To Get The New Twin Peaks Logo Soon 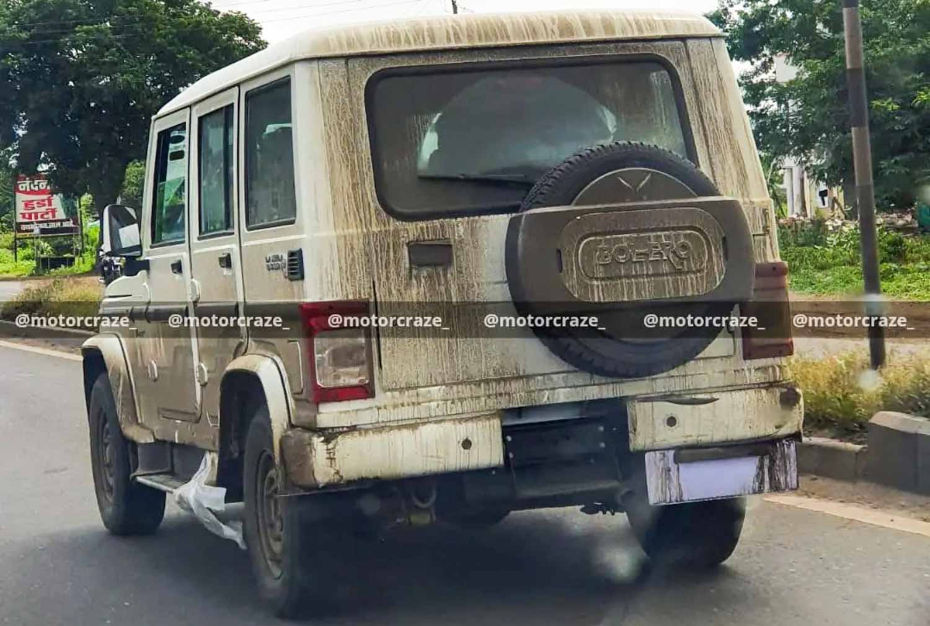 A test mule of the Mahindra Bolero has been spied, revealing the new ‘Twin Peaks’ logo. You can spot the new corporate logo sitting atop the boot door-mounted tyre of the workhorse.

Besides this, the exterior of the spied model looks largely unchanged. Mahindra could incorporate the new logo soon across its entire range, which consists of ten cars. The XUV700 was the first to debut the new Twin Peaks logo, followed by the Scorpio N and the Scorpio Classic.

The Bolero is currently offered with a 76PS 1.5-litre three-cylinder diesel engine, paired with a 5-speed manual transmission. You have three variants to choose from, all featuring a Bluetooth music system, AC, all four power windows, a 12V charging socket, a digital speedometer, dual front airbags, and rear parking sensors. The SUV continues with its seven-seater configuration, with jump seats for the third row. It’s currently priced from Rs 9.32 lakh to Rs 10.26 lakh (ex-showroom Delhi).