CD Speak: Here’s How Maruti Should Price The New Jimny

The Jimny is without a doubt one of the most highly anticipated SUVs of the year, but can it achieve the same highs as the Mahindra Thar did? 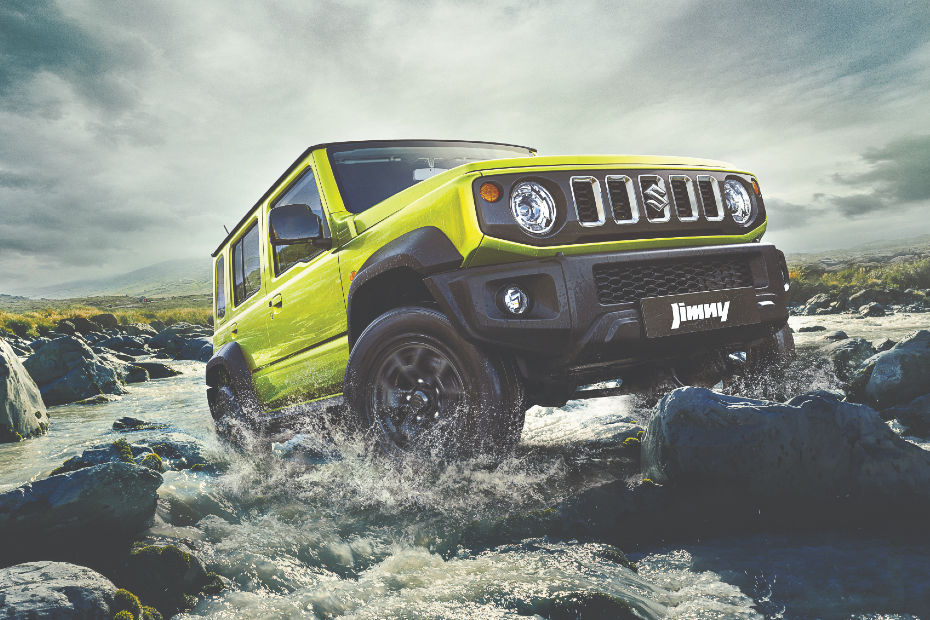 After many years of waiting, Maruti finally debuted the Jimny for India at Auto Expo 2023, also revealing its variant-wise details and opening bookings on the same day. Now, the only thing that will truly define the success of the Jimny in India is its pricing.

Also See: Here Is How Maruti Jimny Looks Next To Force Gurkha

There’s only one: a 1.5-litre petrol unit, with the choice of five-speed manual and four-speed automatic transmissions. It is rated at an output of 105PS and 134Nm, and comes with the fuel saving idle start-stop technology as well.

Where does the competition stand?

The biggest rival for the five-door Jimny will be the three-door Mahindra Thar, the current king in the affordable lifestyle SUV space. The Thar with its new rear-wheel-drive variants has a similar entry-level price at Rs 9.99 lakh, while the 4WD variants start from Rs 13.59 lakh (ex-showroom Delhi). Given that the Jimny will offer 4WD as standard, a Rs 10 lakh starting price would undercut the 4WD Thar by a massive margin of over Rs 3.5 lakh.

However, the lifestyle segment is more than just what the cars have to offer on paper. It is no secret that the more practical Jimny does not have the same visual presence as the imposing Thar. Furthermore, it offers a lot more performance too from its range of petrol and diesel engines: 150PS 2-litre turbo-petrol, 118PS 1.5-litre diesel, and 130PS 2.2-litre diesel. The Thar’s turbo-petrol engine and the bigger diesel unit get the choice of a more refined six-speed automatic in comparison to the Jimny’s ancient 4-speed AT.

As the country’s largest car brand, it would be fair to assume that Maruti is one of the best at knowing how to make each product successful. However, the carmaker does not have a great history when breaking into the more premium areas of the Indian automotive space where rivals have already established themselves.

Even with the new Grand Vitara, the well-equipped compact SUV arrived with a fairly competitive pricing. However, it is still one of the most expensive models in the market, especially with the new strong hybrid powertrain. To put into context, here’s how it fares against its main segment rivals:

All prices are ex-showroom, Delhi

If Maruti did the same with the Jimny, by launching it at a competitive market price, it may be unable to sway undecided buyers in its favour.

How can Maruti avoid that?

Perhaps the best way for Maruti to capitalise on the hype for the long-awaited Jimny, is to take a page out of Mahindra’s playbook. The leading name of rugged SUVs in India has made a tradition of introducing its new models at surprisingly affordable prices, which inevitably fills up its order books pretty quickly. Those models then get price hikes in a phased manner.

Also Read: Maruti Receives Over 5,000 Bookings For The Jimny In Less Than A Week

For example, the 4WD Mahindra Thar debuted in 2020 at a starting price of Rs 9.8 lakh, before discontinuing the most barebones variants and raising prices of the other trims to their current levels.

Given that the Maruti Jimny does not have a barebones variant the way the Mahindra Thar did, it could still arrive with aggressively low introductory prices, even if just for the first 15,000 units. In order to have the desired effect and truly shock the market, we expect the Jimny to be priced as follows:

At Rs 10 lakh, it would be the most affordable 4WD offering in the market. For context, it would still be pricier than its tamer subcompact SUV sibling, the Brezza, by a couple of lakhs. Furthermore, at these prices we expect the Jimny to even attract buyers who may have been considering mid-to-top variants of less rugged subcompact SUVs like the Kia Sonet, Hyundai Venue, Mahindra XUV300 and Nissan Magnite. While the Jimny would lose to them in space and practicality comparisons, it would win most hearts with its looks and capable 4WD system.