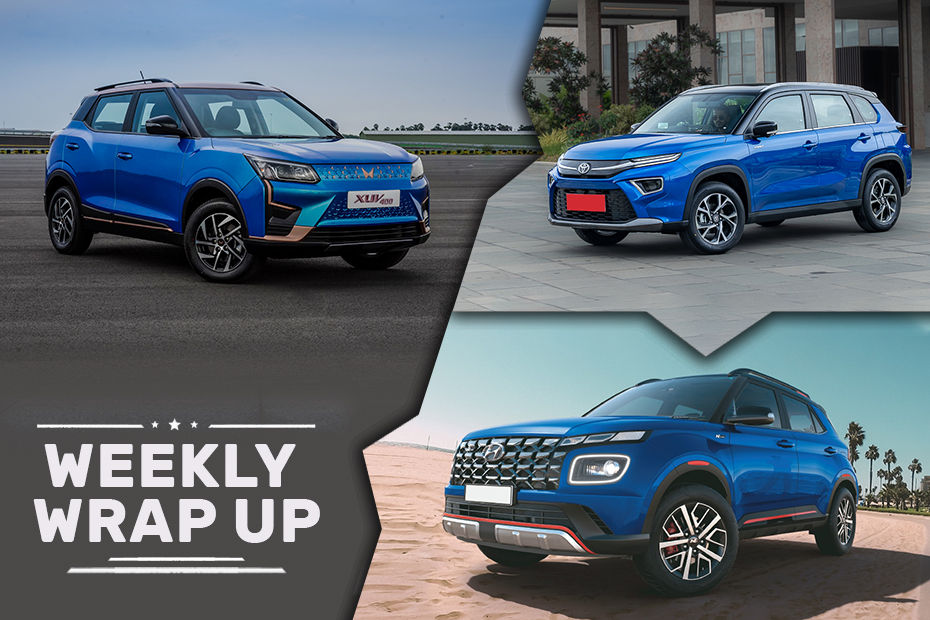 The highlight launch of the past week was the sportier Hyundai Venue N Line while the biggest headlines were about the prices for the Toyota Urban Cruiser Hyryder and the Mahindra XUV400 EV.

Let's take a look at everything that happened throughout: