The E6 is the only electric MPV in India for now, and it gets a 71.7kWh battery pack with claimed range of up to 520km 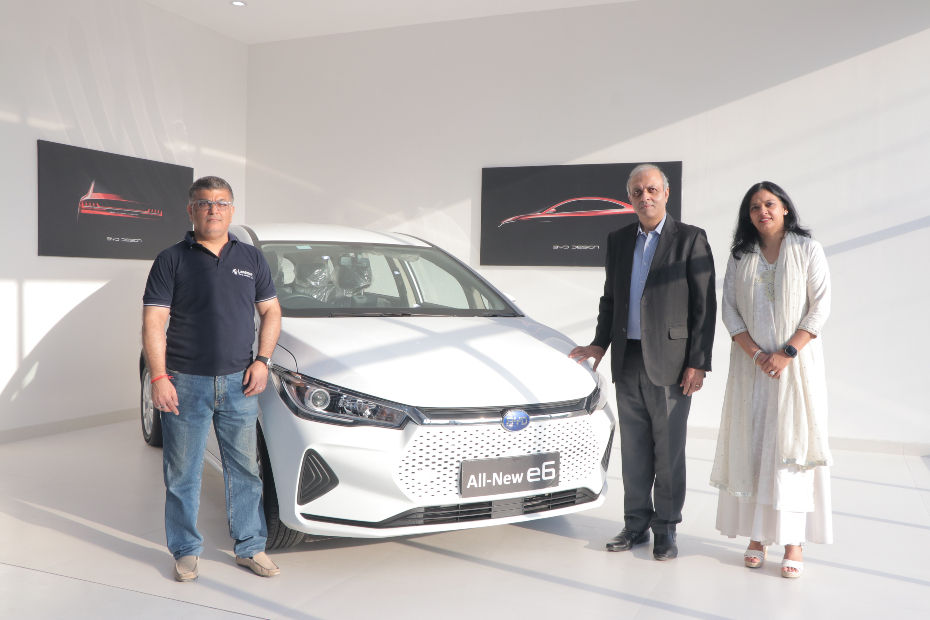 Chinese carmaker BYD is all set to venture into the private buyers' space in India. Its first offering for our market is an all-electric MPV, the E6. The carmaker is now going all out to expand its dealer network across the country, and has commenced the procedure with the opening of its new showrooms in Delhi and Mumbai.

The newest dealerships have taken the total pan-India BYD showroom count to five (first three are in Vijayawada, Chennai and Hyderabad). The showrooms comprise of EV charging stations, a customer lounge area, and even a service area.

Sanjay Gopalakrishnan, Senior Vice President of Electric Passenger Vehicle Business of BYD India, stated, “The New Delhi NCR region is one of the key markets for BYD India. New Delhi has immense potential for premium passenger vehicles, and additional 18,000 charging stations are planned to be installed across the city by 2024. The goal is to have one station for every 15 electric vehicles inside the city. This is a major boost for the EV industry and we strongly believe that BYD will be the main contributor to EV adoption in the EPV segments.”

The E6, which is the only electric MPV on sale in India for now, comes equipped with a 71.7kWh battery pack (Blade Battery in BYD’s speak), offering up to 520km of claimed range. It gets a battery cell warranty of eight years or five lakh km (whichever is earlier). The E6’s boot capacity stands as 580 litres.

BYD has already announced its plans to bring the Atto 3 to India in October 2022. The electric SUV comes with BYD’s Blade battery pack as standard. BYD says this technology has been developed keeping in mind the battery safety in electric vehicles. The carmaker has also revealed its plans for the upcoming Auto Expo 2023, where it will be showcasing the electric SUV and other models in its lineup.