It gets a variety of metal, chrome and silver finishes on the interior giving it a more premium appeal 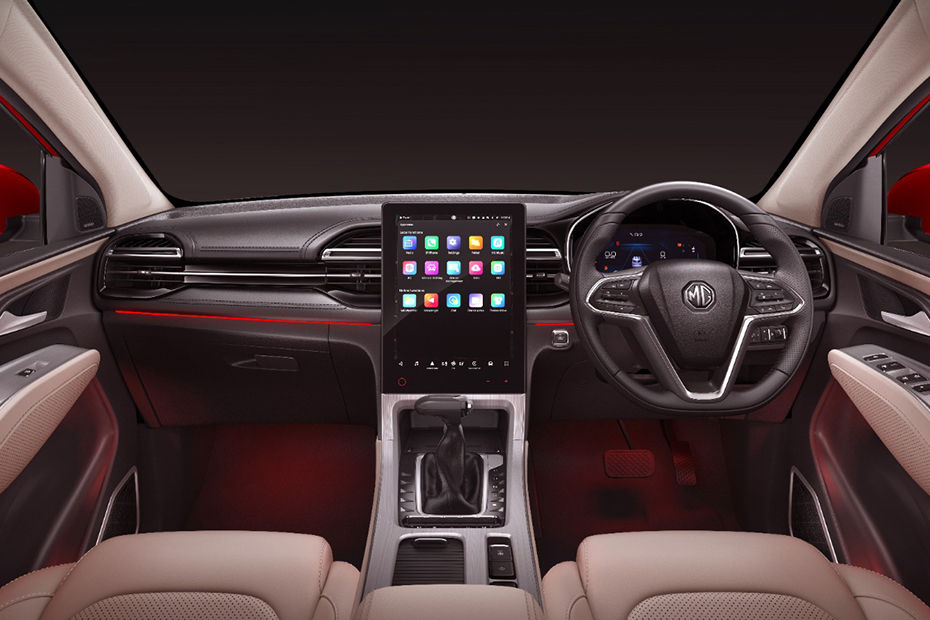 MG has now shared another teaser, this time revealing the interior of the facelifted Hector. From the images, we can see that the SUV will continue to come in a dual-tone (black and white) cabin theme.

From the images, we can see a metal-finish strip running across the dashboard to give it a connected effect, chrome treatment on the AC vents and metal-finish for the revised centre console, making the cabin look more premium than before.

MG has redone the centre console, which now houses a storage compartment with a tambour sliding cover. That said, the steering wheel remains unchanged on the upcoming facelift.

The images also show a multi-colour ambient lighting strip running in the dashboard, centre floor console and in the front footwell areas. The facelifted SUV also comes with a seven-inch digital driver display, an electronic parking brake, and a bigger 14-inch infotainment system (with wireless Android Auto and Apple CarPlay).

Features such as ventilated front seats, a panoramic sunroof, push-button start-stop, and a powered driver seat are to be carried forward from the SUV’s current pre-facelift version.

With the facelift, MG India will be offering Advanced Driver-Assistance Systems (ADAS) with the SUV. Other safety features will include multiple airbags, electronic stability control and a 360-degree camera.

The new Hector is expected to get the same 1.5-litre turbo-petrol and 2-litre turbo-diesel engines from the existing model. The transmission options will be likely carried forward as is too.

MG will be revealing the prices of the facelifted Hector by the end of 2022 and the starting price is expected to be Rs 18 lakh (ex-showroom). The existing model will continue to remain on sale alongside the facelifted SUV. The Hector’s competitors include the Tata Harrier, Mahindra XUV700 and Scorpio N and Jeep Compass.

is there is improvement in 360 degree camera n mileage also