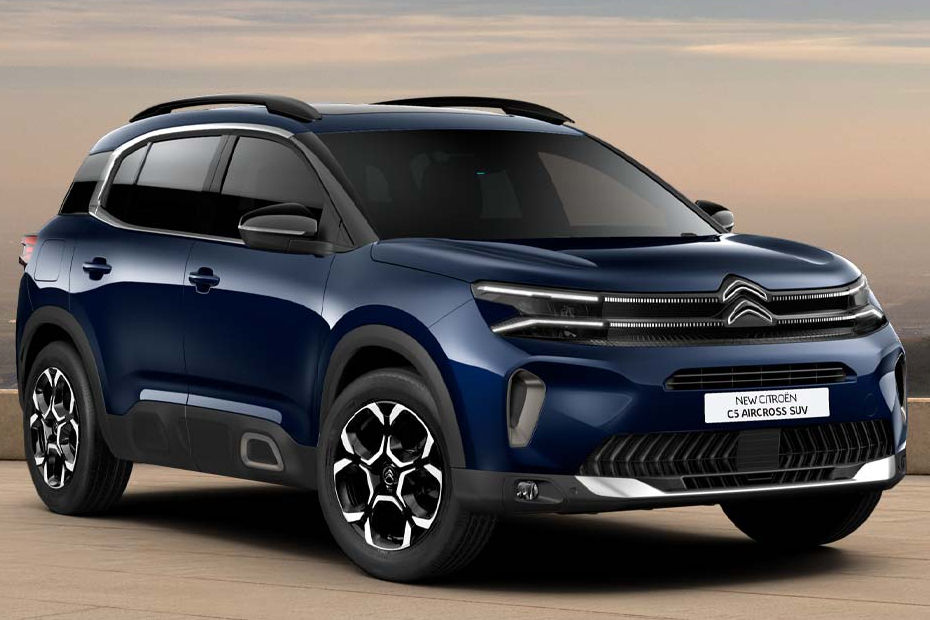 Citroen’s debut product for the Indian market, the C5 Aircross, has now received a mid-life update. The pre-facelift model was on sale only for a little over a year. Citroen is offering the new C5 Aircross in only the top-spec Shine trim for now, unlike the pre-facelift model, which was available in a base-spec Feel trim too.

Here’s a look at the variant-wise prices of the SUV:

Compared to the pre-facelift model, the facelifted SUV is commanding a premium of almost Rs 3 lakh. With the discontinuation of the base-spec Feel for now, the starting price of the SUV has gone up by over Rs 4 lakh.

The facelifted C5 Aircross has received a bunch of cosmetic tweaks, including a new alloy wheel design, revised LED headlight clusters and LED DRLs, and a gloss black finish for the grille. The only noticeable change at the rear is the updated elements for the LED taillights.

The carmaker has also made a few changes on the inside, consisting of a new 10-inch touchscreen infotainment system, repositioned AC vents, gear lever, a traction control mode knob, and revised centre console.

The SUV continues with the same 2-litre diesel engine as before. It makes 177PS and 400Nm, and comes paired with an eight-speed automatic gearbox. Citroen has also equipped it with drive modes (Eco and Sport) and traction control (standard, snow, all terrain- mud, damp and grass, and sand).

Citroen is offering the C5 Aircross with a three-year/one lakh km (whichever is earlier) warranty as standard. The carmaker’s mid-size SUV goes up against the Volkswagen Tiguan and Hyundai Tucson.