So which executive luxury sedan lets you enjoy that boss seat experience while also being spacious for the family on the weekend? 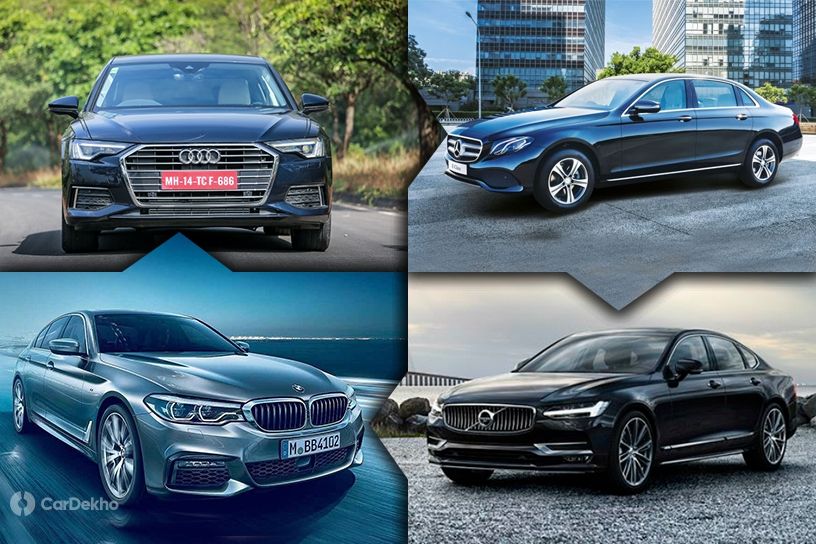 If the saying ‘time is money’ holds true for anyone, it’s for the owners of luxury executive sedans. And there’s no better way to make the best use of being chauffeured around than to complete a little work on your way to the office. These not only make for great intercity cars but can also accommodate the family for a weekend trip. And on those weekend trips when you do step behind the wheel with family in tow, you want a spacious car. So which one has the most space and which one is most suited to seating three abreast in the rear?

The exterior dimensions of the car are also important because that is one of the first indicators of the possibility of a spacious interior.

When it comes to exterior dimensions, the E-Class has a distinct advantage because Mercedes-Benz has brought only the long-wheelbase version of the E-Class to India. So in terms of wheelbase, overall length and height, it’s no surprise that it’s got the measure of the other car here. In terms of width though, it lags behind the Audi A6 and the BMW 5 Series, which is the widest of the four cars. The Volvo S90 lags behind in most measurements but in terms of overall length, it’s only shorter than the E-Class

Time to take a peek inside these luxury sedans. The first thing that has to be said is that these are all very comfortable cars. These dimensions only serve as a way of telling you which can offer more elbow room. Not to say that the one with the least space is going to leave you feeling cramped.

And it’s the BMW that has the widest cabin in the front -- wider than the other three by a good 5cm. The A6 and the E-Class are practically neck and neck with the Volvo falling 4th widest, albeit by less than a centimetre. Headroom is the A6’s forte with way more space than the rest. The BMW and then the Volvo follow next with the E-Class falling behind in this parameter.

It’s in the rear of these cars that these dimensions are the most important. And a point to be noted is that while these are large cars, they also have the option of large drop-down rear armrests and a stronger focus on the comfort of the side passengers. So the passenger in the centre more often than not gets a somewhat compromised seating position.

Again the BMW is the widest of the lot followed by the Audi, while the Mercedes-Benz and Volvo are pretty much equal. When it comes to headroom, the three Germans are in the same ballpark with the 5-Series again edging ahead. The Volvo brings up the rear yet again.

When it comes to offering the most comfort to four passengers with plenty of legroom on offer from that long wheelbase, there’s no denying the E-Class is the one to beat in this class. But in terms of space for the whole family, the BMW 5-Series is clearly the winner in this comparison.

0 out of 2 found this helpful