The custom-built creation is actually a Maruti Swift hatchback underneath 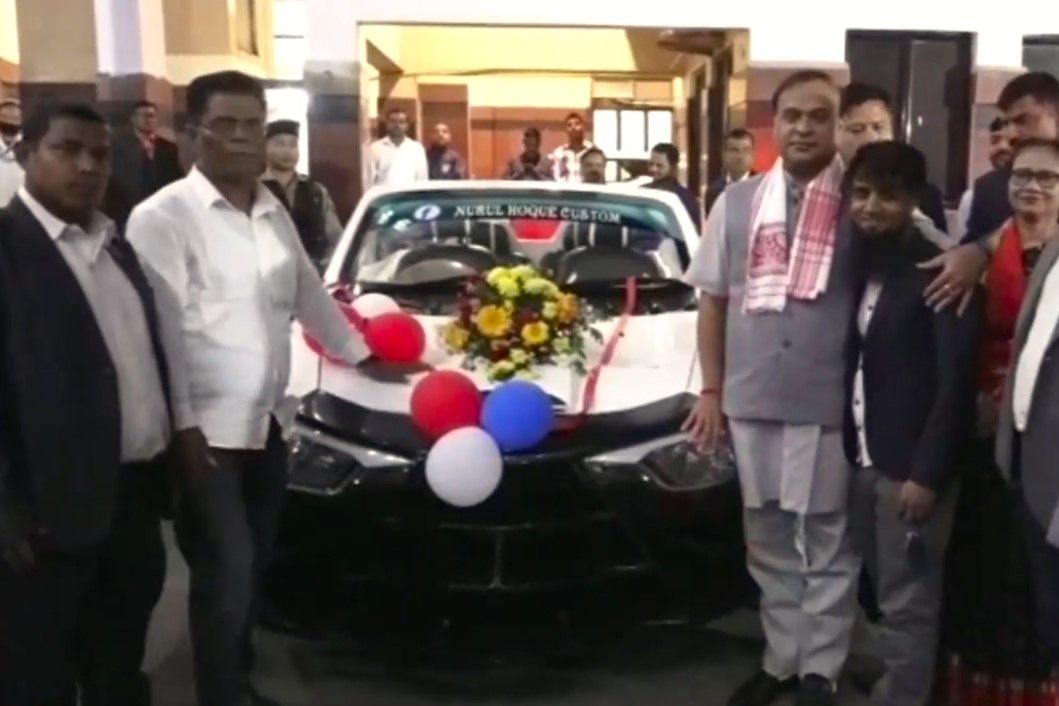 Some cars are pretty, some fun to drive, but India’s diverse car culture sometimes throws up unique creations that deviate far from the normal. One such car is this custom-built creation from Nurul Haque, a mechanic and fabricator from Assam. It’s a Lamborghini-inspired convertible sportscar that was recently received by the state’s Chief Minister, Himanta Biswa Sarma.

Delighted to receive a modified Lamborghini lookalike car from innovator Nurul Haque of Anipur, Karimganj.My best wishes to him in all his future endeavours. pic.twitter.com/TWAJ8o9AqV

Like it or not, the Lambo-inspired car is surely eye-catching with its tall bonnet and massive headlights that are from a second-generation Hyundai i20. Lower down, the custom-built bumper features large side air vents custom mouldings. The car is a Maruti Swift underneath, but there’s no clue about its roots in the bodywork, which is all-new.

That Lamborghini inspiration comes alive in the car’s scissor doors, two frameless units that open upwards. The four-door Swift has been converted into a two-door, with faux side vents placed towards the rear. The heavily modified and embellished tail-end has rear bonnet vents, a spoiler and diffuser just like a Lamborghini, but they are a hit-and-miss in the aesthetics department.

Inside, the car has a relatively unmodified first-gen Swift interior finished in beige. An interesting bit here is the steering wheel – it has been cut at the bottom and top to mimic an F1-style steering wheel.

Given that it’s a show car, the custom convertible likely has unchanged mechanicals from the first-gen Swift it’s based on. The hatchback came with a 1.3-litre petrol engine that’s an enthusiasts’ favourite even today. Coupled with the Swift’s chassis, the rorty engine should make the custom sportscar entertaining behind the wheel.

It surely lacks the build quality and safety of a factory-built car, but the custom convertible is fit for purpose as a show car for attracting customers to Nurul’s workshop. It’s a commendable, valiant effort, an ongoing project that he has been working on for months, and it hasn’t been inexpensive, reportedly running up over Rs 8 lakh in costs. Nevertheless, it’s an experimental vehicle that’s already been repainted and tweaked several times. It’ll surely see many more modifications and customisations in the future.