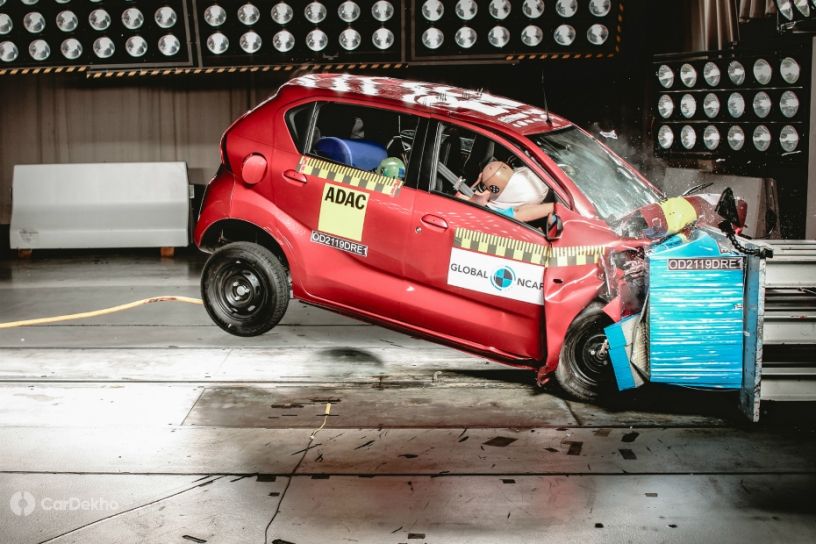 Global NCAP recently carried out the sixth round of its #SaferCarsForIndia Campaign and released its crash test results. Four cars were tested: the Maruti Ertiga, Maruti WagonR, Hyundai Santro, and the Datsun redi-GO. Out of the four, the entry-level redi-GO hatchback scored 1 star, the lowest of the lot.

The redi-GO’s body shell and footwell area were rated as ‘unstable.’ Even though the head and neck protection was rated as ‘good,’ the chest protection of the driver was termed as ‘poor.’ This can cause life-threatening injuries to the driver and hence the adult protection rating is limited to just one star.

For the child rating, as the redi-GO exposed the heads of the three-year-old and eighteen-month-old dummies to the impact, it was only able to score two stars for child occupant protection. Another reason for missing out on a better rating is due to the lack of ISOFIX child seat anchors.

Global NCAP crash tests are conducted at 64kmph and in a controlled environment. However, we should point out that when it comes to the real world, not even the highest crash test rating can guarantee the safety of occupants.