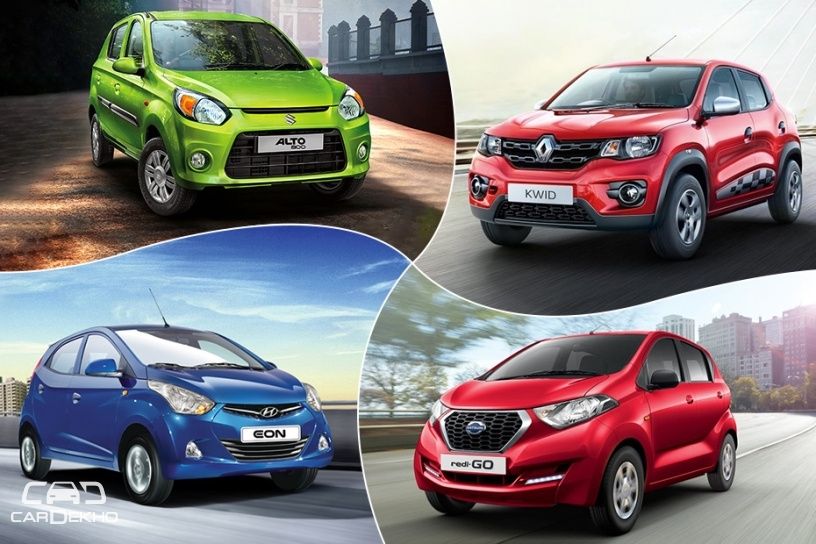 Which cars are in demand in the entry-level hatchback space? The numbers clearly say that it’s the Alto twins. The Alto 800 and Alto K10 put up a combined sales figure of over 22,000 in the month of August 2018, while the Kwid took the second spot at over 5,500 units. Have a look at the demand for entry-level cars for the month of July and August below:

1. The demand for both the Alto and Kwid was above average in the month of August 2018

2. The Eon and the redi-GO may have registered growth on MoM basis, but the overall demand for both these cars remained lower than their average demand

The redi-GO recently received a limited edition version with a few cosmetic enhancements and a reverse parking sensor. Read more about it here

1. The veterans seem to have put up a better show in the last 12 months when compared to relatively newer entrants in the segment. Both the Alto and the Eon are still as popular, if not more, as they were in August 2017

2. The popularity of the Alto twins, in fact, is on the rise although the product has started to appear a bit dated

Will the new Santro make a difference to the table?

It remains to be seen whether the upcoming Hyundai AH2 hatchback, which could be called the Santro, will belong to the entry-level segment as the Alto twins or the compact hatchback segment which consists of the Celerio and the WagonR, among others. As of now, there’s a stronger chance of it being a rival to the WagonR and Celerio. That’s because Hyundai has maintained that it doesn’t have any plans to discontinue the Eon post the launch of the Santro, which only increases the chances of the AH2 being a bigger and more premium product than the Eon. As a result, the upcoming Santro is unlikely to have a direct impact on the sales of entry-level cars.