The new WagonR is based on the Heartect A platform, which underpins the Ignis but not the Swift 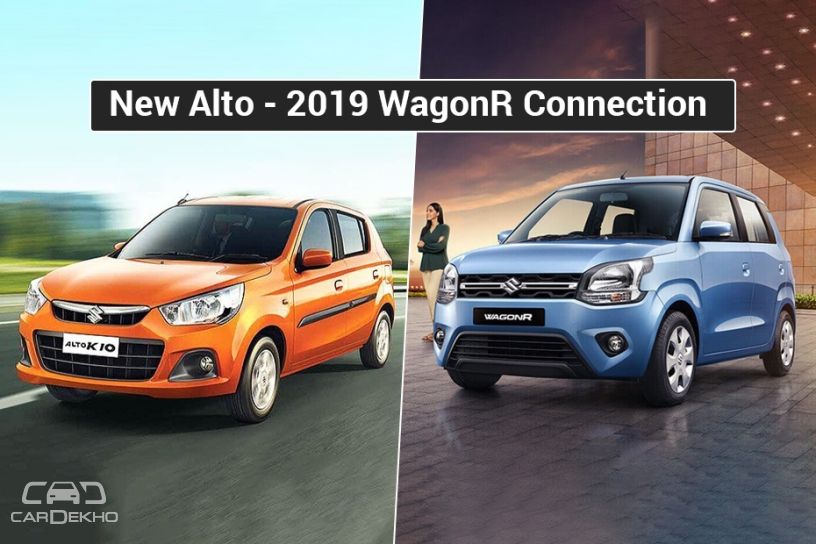 Maruti Suzuki is set to give its entry-level and compact hatchback portfolio a thorough update in 2019 to comply with upcoming crash test norms. As a result, expect the Alto, which is still based on an older platform, to switch to a newer platform that is more rigid. The latest Maruti hatchback to have received a generation change as well as a new platform is the WagonR.

The new WagonR is based on Suzuki’s Heartect A platform, which also underpins the Ignis. The new Alto, which is set to be revealed in 2019, is also likely to be based on this platform. The stiffer and sturdier platform should enable the Alto to pass upcoming crash test norms. The switch to the Heartect A platform will also mean that the new Alto will be more spacious than before, as is the case with the new WagonR. Interestingly, this platform is not the one that underpins cars such as the Swift, Dzire or Ertiga, as is widely speculated.

‘Heartect’ is Suzuki’s philosophy of developing a platform. This means the Heartect A platform - on which the WagonR is based - has the genes of the platform on which the Swift is based, but is otherwise different. It’s similar to other modular platforms such as Toyota’s TNGA platform and VW Group’s MQB platform which have derivatives like the TNGA-K (new Toyota Camry and Lexus ES 300h) and TNGA-C (Toyota Prius), and MQB A0 (upcoming VW Polo and Virtus) and MQB (Audi A3, Skoda Octavia, etc), respectively.

To give an idea about how big the new WagonR is when compared to its older version as well as the existing Alto K10, have a look at the table below:

Going by the table above, it’s safe to assume that the new Alto will be bigger than the current model. The Alto K10 sold currently is about 54mm smaller in length and 5mm narrower than the second-gen WagonR. Expect the new Alto to be longer and wider compared to the existing Alto K10. Like the WagonR, expect the 1.0-litre engine to be carried forward on the Alto K10.

The point to note, however, is that Maruti Suzuki is offering this platform with the bigger 1.2-litre 83PS K-Series petrol engine as well. Previously, the WagonR and Alto were both equipped with a 1.0-litre engine only. There’s also the Alto 800, which is powered by a smaller 0.8-litre engine. The very thought of an Alto with an 83PS engine makes us excited and now we know that it isn’t entirely impossible, although Maruti might be reluctant to offer it.

Maruti’s chairman RC Bhargava previously revealed that the carmaker intends to launch two more “all-new” cars this year apart from the WagonR. He also said that these two new models will get BSVI-compliant engines as well. So while the Alto will get the same 1.0-litre engine as the current model, it will be upgraded to meet BSVI emission norms.

The update to make the engine meet the stricter emission norms will certainly make the Alto more expensive than the current model, but not by a big margin. Expect prices to go up in the range of Rs 10,000 to Rs 20,000. The engine upgrade will not result in any loss or gain of power, as confirmed to CarDekho by Maruti’s senior executive director (engineering) CV Raman. Here’s the output of the 1.0-litre engine of the existing Alto K10:

And finally, the ex-showroom Delhi prices of the current Alto K10 are as follows:

Expect the prices of the updated Alto K10 to start from around Rs 3.4 lakh and go up to Rs 4.5 lakh. The top-spec variant is likely to get a more significant price hike since it is expected to be equipped with more features, especially in terms of safety kit and infotainment, when compared to the current model. The new Alto is likely to launch in the second half of 2019 and will compete with the likes of the Datsun redi-GO and Renault Kwid.