Three-row SUV Based On Citroen C3 In The Works 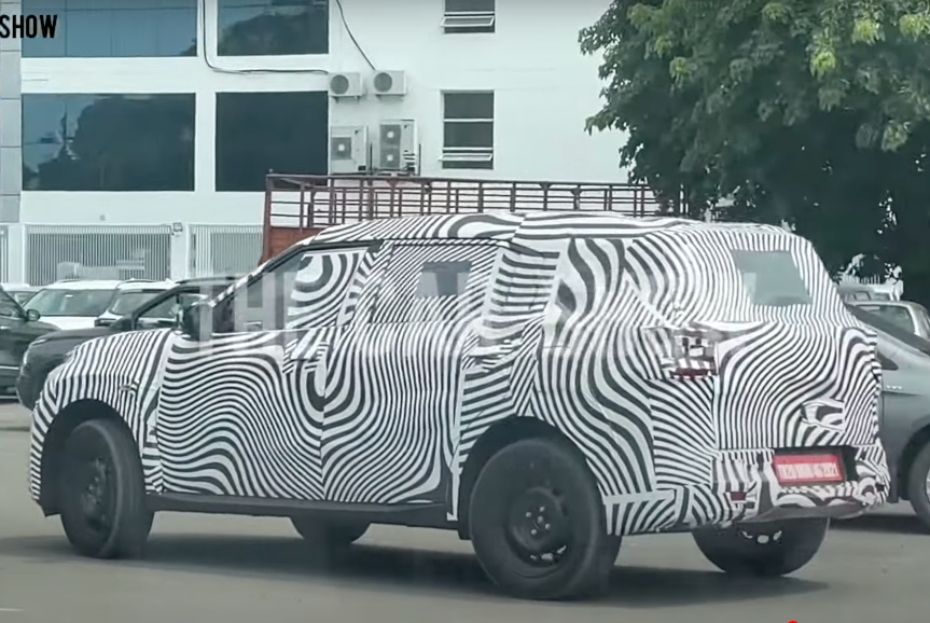 The Citroen C3 is the latest hatchback to go on sale in India with pricing similar to the Tata Tiago and Maruti Wagon R, but with dimensions similar to premium hatchbacks. The French carmaker is now preparing to launch its next model for the country and it seems to be an SUV with three-row seating and C3-inspired styling.

The front and side profiles look heavily inspired by the C3 hatchback, while the rear, of course, looks redesigned. With bigger tyres, it does manage to give a slightly SUV-ish appeal. In another spy shot you can also spot the third row of seats clearly. We’re expecting it to be a rugged and stretched version of the C3 with the ability to seat two more people.

The interior of the spied mule also looks the same as the C3’s cabin, with the funky dashboard, 10-inch free-standing touchscreen system, manual AC, and a digital speedometer. Certain convenience features could be added for more practicality.

The three-row C3 is likely to get the hatchback’s 1.2-litre turbo-petrol engine, missing out on the naturally aspirated unit. The turbo-petrol claims to deliver 110PS and comes paired with a six-speed manual.

We’re expecting the three-row Citroen C3 to be priced from around Rs 9 lakh (ex-showroom), which will make it an alternative to the Hyundai Creta in terms of price. The C3 currently retails from Rs 5.71 lakh to Rs 8.06 lakh (ex-showroom Delhi).