Tata has four diesel offerings, out of which two are exclusive to the oil burner unit 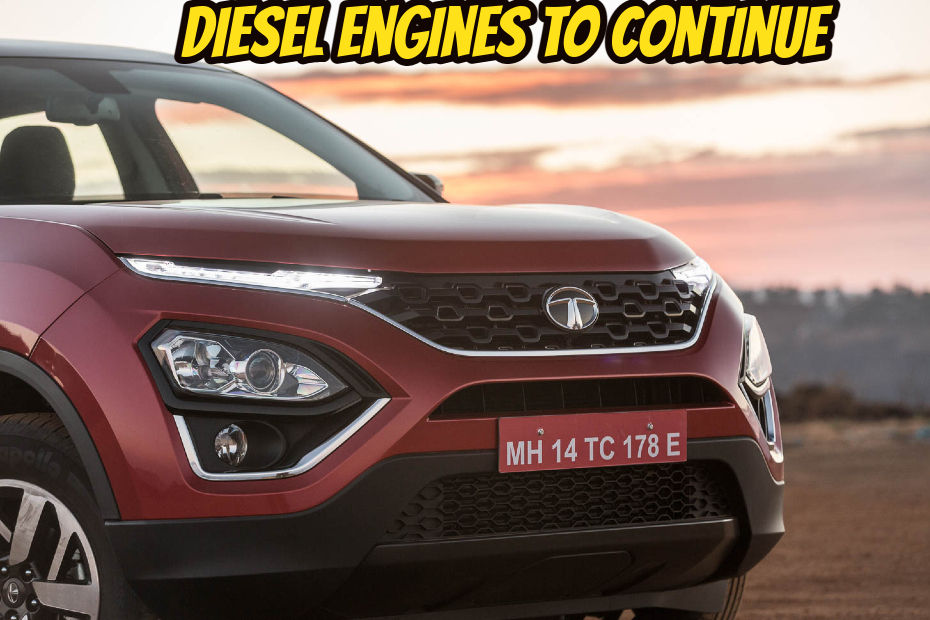 The share of diesel models has shrunk since the implementation of the BS6 emission norms in 2020, with many carmakers ditching the fuel option entirely. Tata is among the few that have stuck with the diesel engine despite the rising costs to keep them compliant with the ever stricter emission norms. With the next set of norms being called BS6 Phase 2 (to take effect from April 2023), Tata has affirmed its plan to carry on offering diesel models.

What Did Tata Motors Say?

Rajan Amba, Vice President, Sales, Marketing and Customer Service, Tata Motors, stated: “There is a market for diesel vehicles. Some companies are finding it unviable to transition but not so in our case. Our vehicle architecture factors in the costs for the upgrade.”

Diesel Cars In The Tata Lineup

Majority of Tata’s diesel sales can be attributed to the Harrier and Safari mid-size SUVs which have been available only in the diesel guise since launch. As of November 2022, their average six-month sales stood close to 3,000 and 2,000 units, respectively.

The carmaker also offers diesel engines with the Altroz and Nexon, albeit with Tata’s inhouse 1.5-litre unit unlike the Fiat-sourced 2-litre powertrain on the larger SUV duo.

Consistent Demand For Diesel In The Market

Back in August 2022, Mahindra had also revealed how it viewed the diesel situation in our market and had stated that the oil burner powertrain will not be booted out anytime soon. A good share of the bookings for its popular SUVs, like the Scorpio N, XUV700 and Thar, come from the diesel-powered variants.

Although Tata has opted to keep diesel cars in its lineup, the carmaker is still going strong with its green mobility plans too. It is already the leader in terms of EV offerings in India thanks to the consistent performance of the Nexon EV Prime and Max. Other electric cars in Tata’s stable are the Tiago EV and Tigor EV, while the EV derivatives of the Punch and Altroz are also expected to arrive soon.