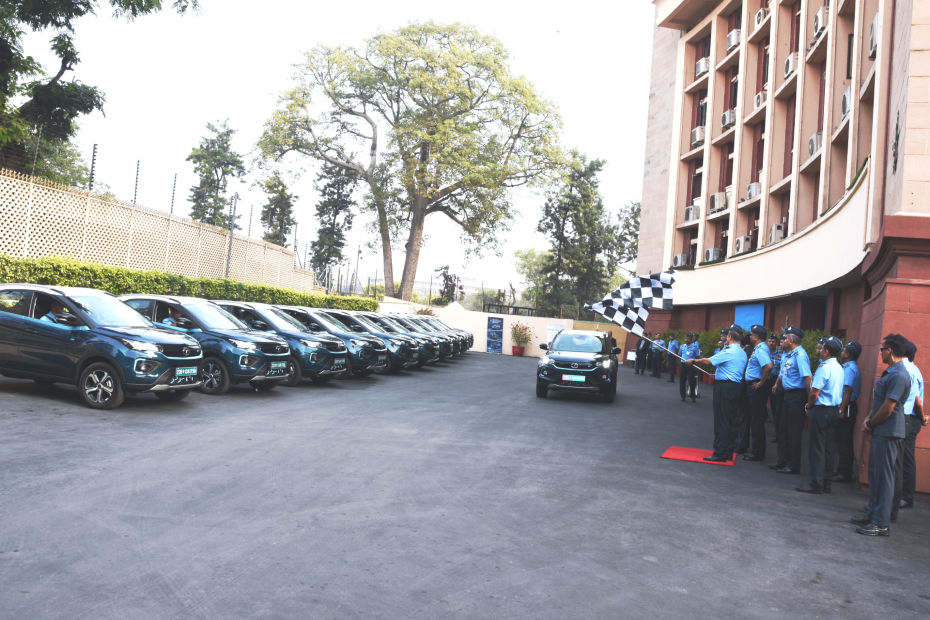 The Indian Air Force (IAF) has included 12 Tata Nexon EVs to its fleet. These EVs were flagged off in the national capital region to analyse and monitor their performance as the IAF plans to gradually incorporate the use of electric vehicles in its operations.

Nexon EV was an expected choice for the IAF for a variety of reasons. It is the country’s best-selling, long-range mass market EV. In its base trim, it promises to cover a range of over 300km while the Nexon EV Max, the top model, can cover 437km. With many parts shared with the regular internal combustion engine Nexon, it should also be easier to maintain in terms of regular services and body repairs.

The IAF’s inclusion of the Nexon EV to its fleet further strengthens Tata’s relationship with the Indian Armed Forces which dates back to 1958. Today, the carmaker provides the defence sector with purpose-built armoured vehicles as well. Additional steps to prepare for an EV ecosystem include the installation of charging infrastructure at various IAF bases.

Other branches of the Indian Armed Forces have also taken a step toward adopting alternative mobility. This includes the Indian Army which plans to replace 25 per cent of light vehicles, 36 per cent of buses and 48 per cent of two-wheelers with electric alternatives. The defence bodies have also been working on installing charging stations in offices and residential buildings in Delhi, Lucknow, Kolkata and Pune.