Maruti’s dedicated off-roader is expected to debut in India this January, at the Auto Expo 2023 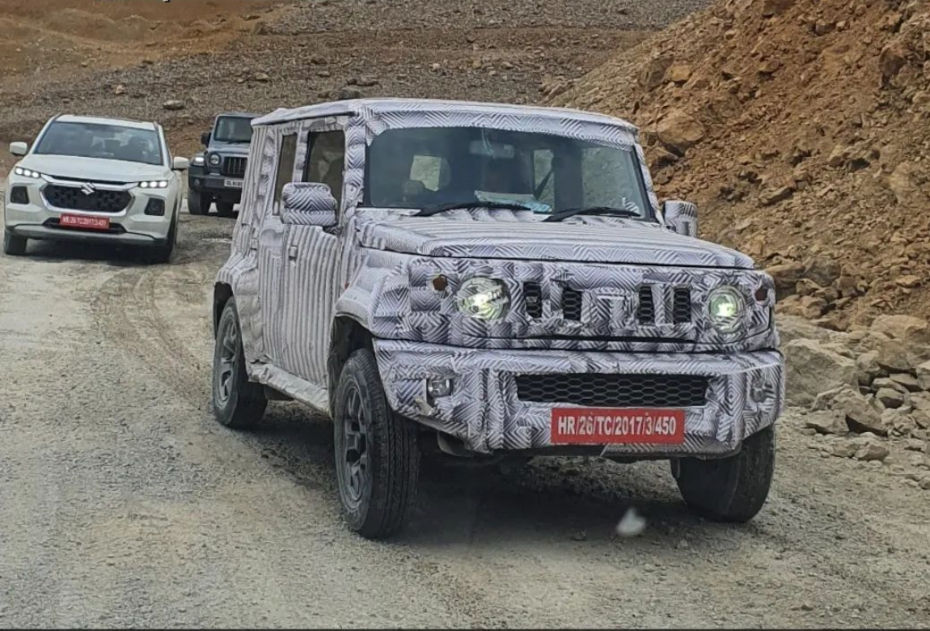 The five-door Maruti Jimny has been spied yet again, but with its soon-to-be arch rival, the Mahindra Thar. Not only that, but even the Maruti Grand Vitara has been spotted alongside. The three cars were spied in Leh Ladakh, where the Jimny would have been undergoing terrain testing.

We can see the grown length of the SUV, to accommodate the extra doors as the global-spec Jimny is a three-door model. However, the Thar still manages to look more dominating from what we can see here. The Grand Vitara has been seen testing with the Jimny, which is the only AWD Maruti in India currently. The strong-hybrid SUV could be used here to compare its off-road capabilities against the Jimny.

The five-door Jimny is expected to get the Grand Vitara’s 1.5-litre DualJet petrol engine, which is paired with manual and automatic transmissions. We’re also expecting the 140PS 1.4-litre BoosterJet turbo-petrol engine onboard. The SUV is likely to be offered with rear-wheel and four-wheel drivetrains.

It’s not just Maruti, but even Mahindra and Force are working on five-door versions. The more practical Mahindra Thar will be longer and based on the Scorpio N’s platform. With that, we could also see some additional features and multiple seating configurations. As for the Force Gurkha, it’s 5-door model has beep spied uncamouflaged multiple times, and it will also be available with multiple seating options.